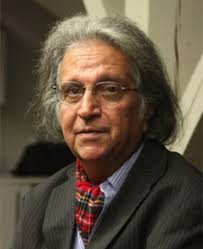 He has been Director’s Guest Fellow at the Nantes University Institute of Advanced Studies, and a senior fellow of the Institute of Law as Culture at the University of Bonn.

His leading publications (besides more than 250 articles in learned journals and edited books) include: The Indian Supreme Court and Politics (1980); The Crisis of the Indian Legal System (1982); Courage, Craft and Contention: The Indian Supreme Court in Mid-Eighties (1985); Towards a Sociology of Indian Law (1986); Liberty and Corruption: The Antulay Case and Beyond (1990);Marx,

He has edited, as well as co-edited, a number of volumes, including Justice K.K. Matthew on Democracy, Freedom and Equality (1979), Jeremy Bentham’s Theory of Legislation (1975); the Bhopal Case trilogy—Mass Disasters and Multinational Liability( 1986), Inconvenient Forum and Convenient Catastrophe (1986), and Valiant Victims and Lethal Litigation (1990) Law and Poverty: Critical Essays (1989); The Right to be Human (1988); Human Rights of the Subordinated Peoples (1994); Crisis and Change in Contemporary India (1995); Reconstructing the Republic

He has delivered a large number of inaugural/keynote/memorial addresses in India and overseas. Among these are the Nehru and Ambedkar centenary addresses, memorial addresses for J.P. Naik and Malcolm Adiseshiah, and recent keynote /plenary addresses at the international conferences of the Law Society Association at Baltimore; the Critical Legal Studies Conference at Hyderabad; the Julius Stone Birth Centenary event at the University of Sydney; and the Emory Law School celebration of the sixty years of the Universal Declaration of Human Rights (along with Shirin Ebadi and Jimmy Carter.)

Professor Baxi has been noted for his pedagogic and research contributions at many institutions. His internationally acknowledged contributions lie in the areas of Third World and International Law theory and movement, sociological studies of human rights theory and practice, the relationship between technoscience formations and the law, transformative constitutionalism and adjudicatory policymaking, and critical studies of globalization of law. He has also contributed significantly to the renovation of law teaching and research in South Asia.

Baxi has initiated and promoted sociological research in Indian law through a variety of initiatives with the Indian Council of Social Science Research and the University Grants Commission. His contributions to pedagogic innovation are well recognized, especially the UGC Dharwad Workshop on the teaching of jurisprudence in India, the ICSSR workshops on law and social science theory and method, and various programmes of continuing legal education for the Bar and the Bench.

As a longstanding member of the Bar Council of India committee on legal education, Baxi bore the foundational burdens of envisaging the establishment of the National Law School University at Bangalore and was its director-designate for well over a decade. As Director (Research) of the Indian Law Institute, Baxi endeavoured to reshape the research agenda, notably by focussing upon

equitable and efficient access to water as a resource and water-based resources, and environmental law and action. Baxi is joint editor with Oscar Vilhena (Brazil) and Frans Viljoen (South Africa) of a comparative study in the area of implementation of social and economic rights under conditions of globalization.

Baxi’s has been an early, and a strong, voice for judicial reforms and has assisted the Indian Law Commission’s Reports (under the leadership of Justice D.A. Desai) on management of arrears, judicial ‘manpower’ planning, and national programs and institutions of judicial training. He has also been a strong champion of the reform of the legal profession and has been the first to study empirically the wayward functioning of the disciplinary powers and processes of the Bar Council of India under the Advocate’s Act; and to address the costs of state/governmental lawyering as the Chair of a study-group of the National Expenditure Commission.

Baxi has made notable policy contributions in the context of what he calls ‘disorganized’ rather than ‘unorganized labour’ in his role as the Chair of a committee on law reform, the Government of India’s (first) National Commission for Unorganized Rural Labour, and as a member of the Second Gujarat Labour Law Review Committee.

He was the Chair of a Committee on Prisoners’ Rights and Duties, whose recommendations have been fully adopted by the Justice A.N. Mulla Committee on Indian Prison Reforms.

Recently, Baxi chaired a committee on Nyaya Panchayats, convened by the Ministry of Panchyati Raj, and proposed a Nyaya Panchayat Bill after extensive consultations with the Union Ministries and state governments.

Contribution to Social Action for Justice

Professor Baxi has endeavoured to combine human and social rights activism with an active law teaching and research career.

Associated as an expert with the United Nations Committee [now Commission] on the Prevention of Crime and Treatment of Offenders, he has been among the foremost academicians in India to highlight concerns for human rights in the administration of criminal justice. Baxi has worked with several national agencies concerned with police administration, research, and reform and has contributed to the concept of ‘atrocities’ in the Indian law. The Open Letter to the

Chief Justice of India which Baxi initiated (with Lotika Sarkar, Vasudha Dhagamwar, and Ragunath Kelkar) critiquing the Supreme Court decision in the Mathura Case has contributed considerably to a new responsive legal and constitutional culture, concerning violence against women. Notably, he has innovated social action litigation (miscalled as ‘public interest litigation’) before the Supreme Court of India.

Baxi has steadfastly pursued, in his action, research, and writing the tasks of promoting the right to development and access to justice for the impoverished. His study of Lokadalat at Rangpur (Gujarat) has had considerable impact on the democratization of access to justice in the state legal systems.

Professor Baxi’s writings have been cited by Indian High Courts and the Indian Supreme Court as well as by appellate justices in South Asia. In one instance, the International Court of Justice cited his work as persuasive authority concerning state succession to treaties.

Professor Baxi has been awarded Honorary Doctorates in Law by the National Law School University of India, Bangalore and the University of La Trobe, Melbourne. The Indian Lawyers’ Association and the Indian Society of International Law, recently honoured him with a lifetime achievement award; the first award was alongside with Justice KrishnaIyer.

Two festschrifts (books of essays in his honour) have been recently published, and several books have been dedicated to him.

Professor William Twining has recently dealt extensively with Baxi’s thoughts and texts (along with those of Francis Deng, Yash Ghai, and Abdullahi-An-Naim) in a book entitled Human Rights: Southern Voices (Cambridge, 2009.)

For his contribution to legal and political affairs, he was awarded the third highest civic Honour – a Padmashri—by the President of India in 2011.

Professor Baxi was recently November 26, 2016) the recipient of an award for his contributions to constitutional law by the Chief Justice of India and his companion Justices, the Supreme Court of India.