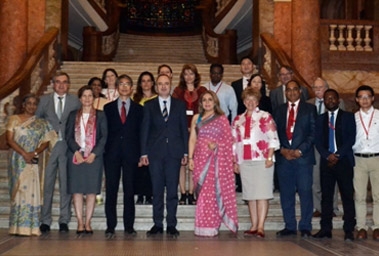 EURASIA is a capacity building project in higher education aimed at strengthening the academic ties between higher-educational institutions (HEI) in 4 program countries (Bulgaria, Poland, France and Italy) and 4 HEIs from 2 partner countries (China and India).The main coordinating University is Sofia University, Bulgaria. Symbiosis Law School, Pune (SIU) has achieved another milestone in promoting internationalization by being a part of the prestigious Erasmus Capacity Building Project. 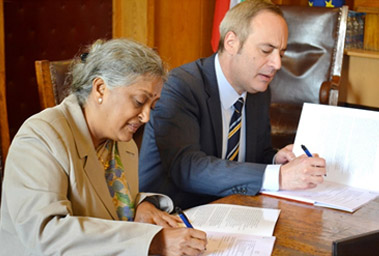 The European Union’s Erasmus+ Programme is a funding scheme to support activities in the fields of education and training and the project activities would include the elaboration of original, innovative and methodologically grounded modules and courses on European Studies, upgrade and modernization of existing courses and developing unique ones addressing regional cooperation which will promote stronger ties between India and Europe and contribute towards knowledge generation, dissemination and cross-cultural sensitization.

Understanding the concept of “religion” within the constitutional guarantee of religious freedom’ to 1st Year BA/BBA LLB and LLM students of SLS-P. 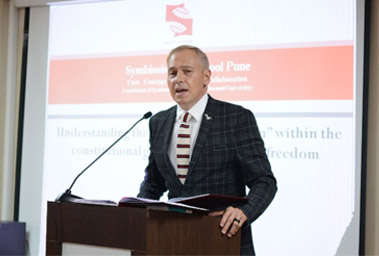 Constitutional Law: The limits of transformative constitutionalism with reference to the doctrine of separation of powers / Mutual accommodation of religious differences in the workplace – a jostling of rights to 2nd Year- BA/BBA LLB & 1st Year LLB students of SLS-P.

Limits of the rule of law: ethical duties to be assumed by persons in public office to prevent corruption’ to LLM and 2nd Year LLB students of SLS-P. 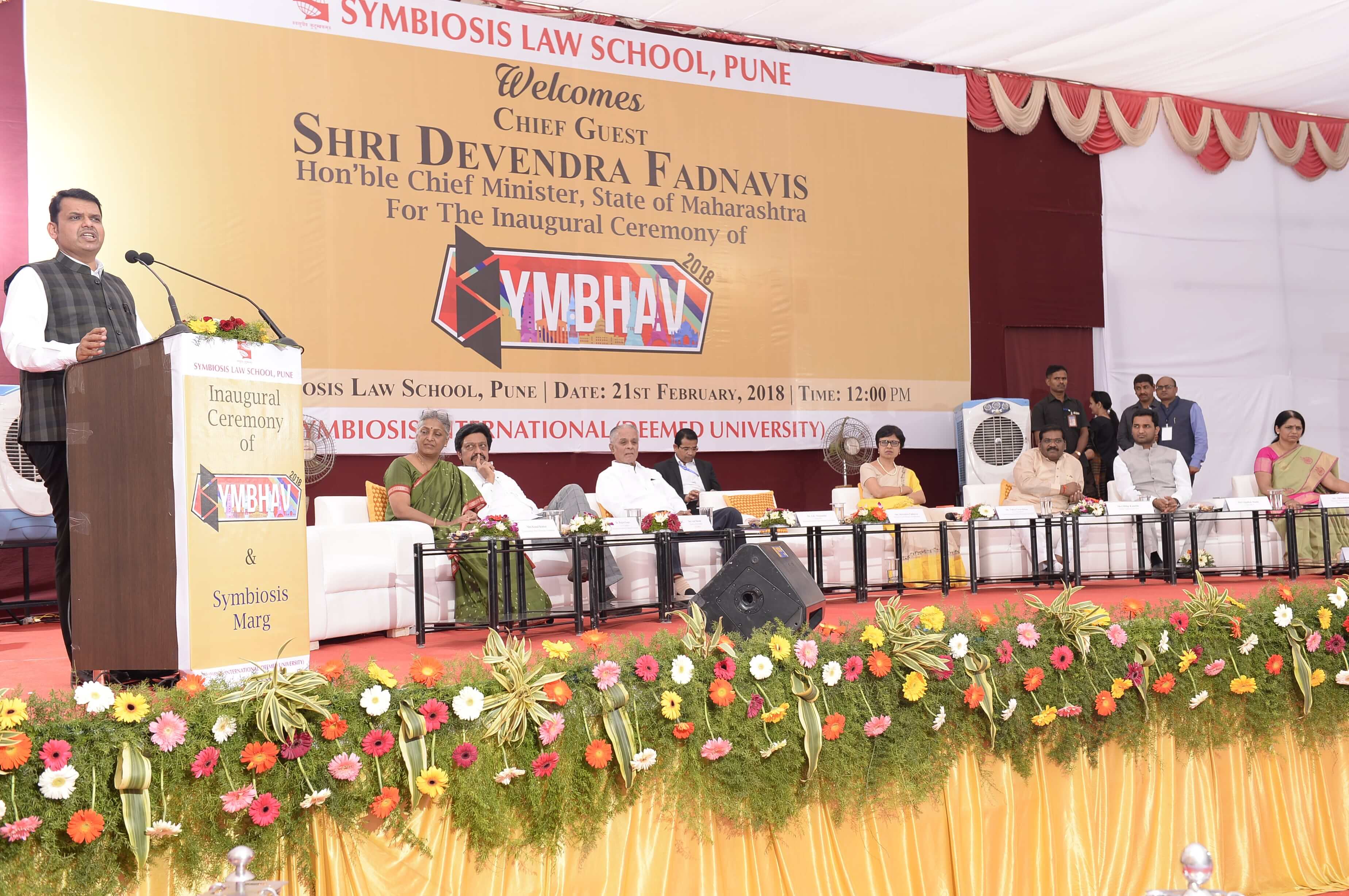 Faculty Seminar on ‘Understanding the concept of “religion” within the constitutional guarantee of religious freedom. 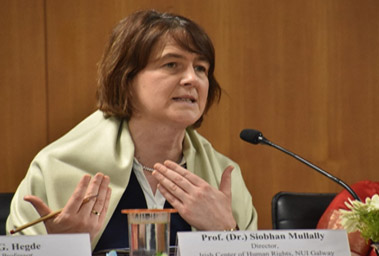 Camp for quality enhancement of Dissertation’ for LLM students on 29th March 2018. 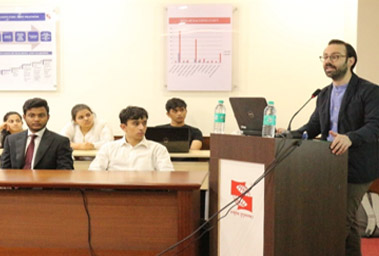 Dr. Federico LupoPasini, Professor, Faculty of Law, Queens University, Belfast delivered a lecture on ‘Implications of BREXIT from the perspective of International Business Laws’ for the students of 4th and 5th Year BA/BBA-LLB on 19th February 2018. 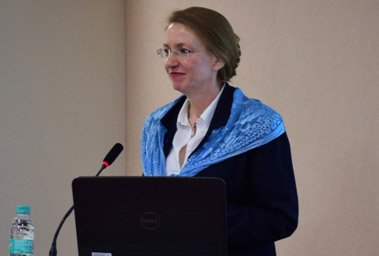 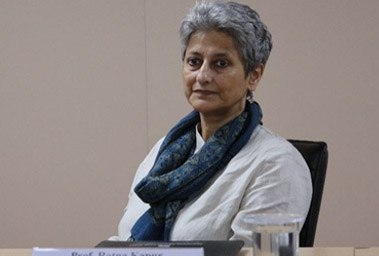 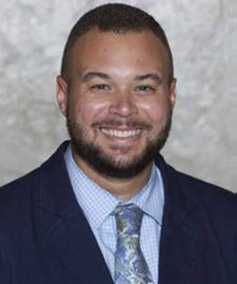 During their stay, they discussed possibilities of future collaborations with SLS,Pune.

13th January, 2017, Prof. Dario Moura Vicente, Professor, Faculty of Law, University of Lisbon, President of the Institute for Legal Cooperation, Lisbon paid a visit to SLS, Pune during which he discussed the possibility of an MOU with SLS, Pune with the International Cell.

9th February, 2017, Dr. Ilias Trispiotis of the School of Law from University of Leeds delivered a lecture on the 'Significance of the European Court of Human Rights in a Globalizing World' for the LLM students of SLS, Pune. 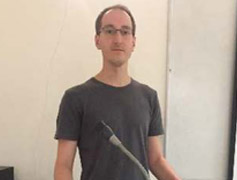 Prof. Ray Campbell delivered a lecture on 'How the Digital Age is Impacting the Practice of Law' to the students of BA/BBALLB IV Year and II & III Year LLB. 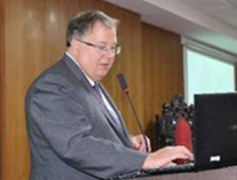 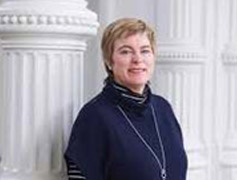 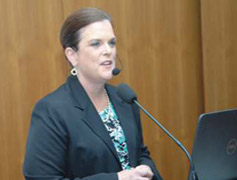 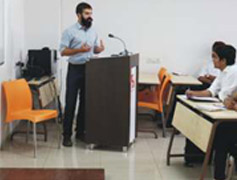 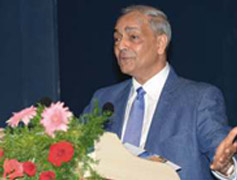 Hon'ble Justice Mohan Pieris, Former Chief Justice of Sri Lanka, visited SLS,P from 20th August to 28th August, 2016. During his stay, he conducted multiple lectures for under graduate and post graduate students. Further, he conducted a faculty seminar and a capsule course on arbitration. 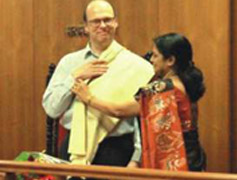 Prof. Renate Kock from Cologne University, Germany visited SLS, P on 26th and 27th September, 2016 in furtherance of her research on Right to Education in Maharashtra schools: A comparative critique with reference to Germany along with Director, Dr. Shashikala Gurpur, SLS, Pune. 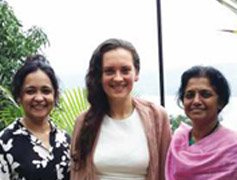 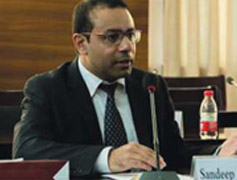 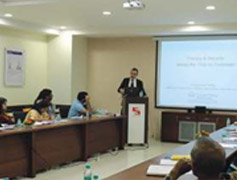 Prof. Ian Walden, Professor of Information and Communications Law and Head of the Institute of Computer and Mr. Patrick Power, Deputy Director, Marketing and Communications at Queen Mary, University of London visited SLS, Pune on 9th November, 2016 for discussing further collaboration between both the institutes.

Prof. Ian engaged a lecture for the faculty members of SLS, P on Privacy and Security during the War on terrorism on 9th November, 2016. 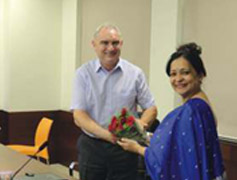 Prof. Dr. John Tingle, Nottingham Trent University, UK visited SLS, P from 8th to 12th November, 2016. He undertook discussion regarding participation in Symhealth Conference in May 2017, Joint Summer School programme in the area of Public Health, Patient Safety and Ethics & participation of students of SLS, Pune in the Summer School Programme being offered by NTU. 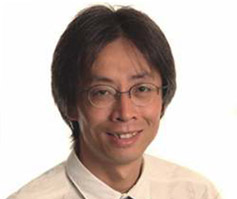