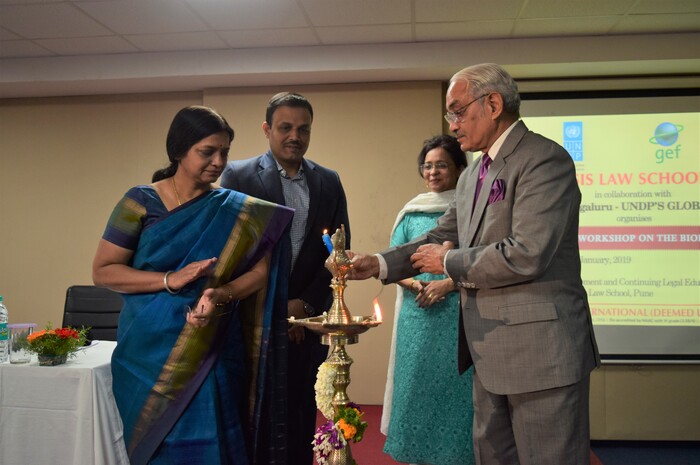 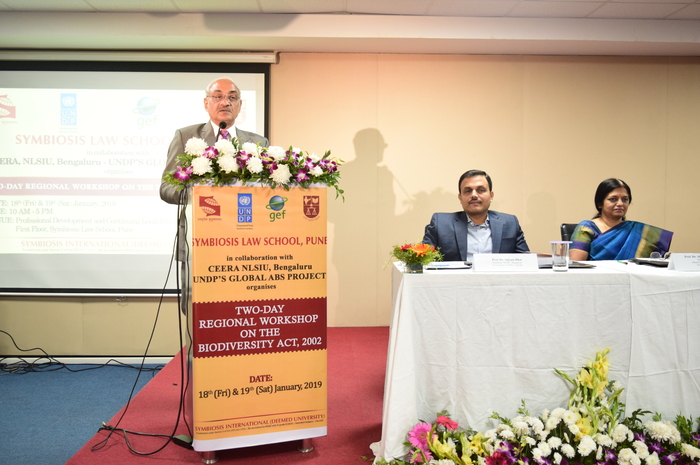 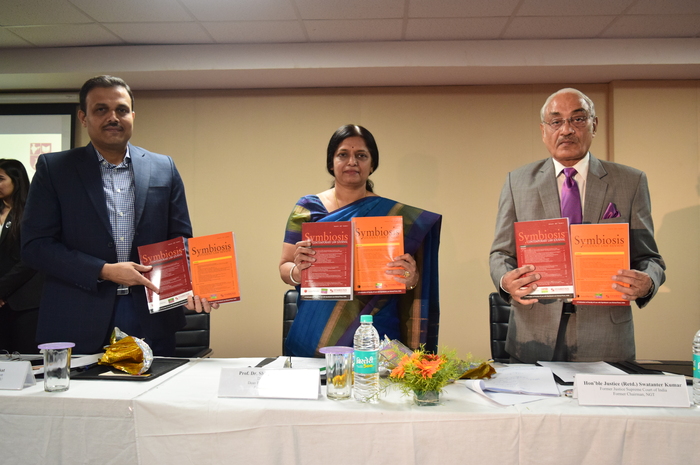 Dr. Gurpur began her address by introducing the esteemed Chief Guest, Justice Swatanter Kumar, Former Judge, Supreme Court of India, Former Chairman, NGT and praising him regarding his contribution to judiciary and ADR Mechanism (Alternative Dispute Resolution). Dr. Gurpur then went on to talk about the city of Pune, which has always been futuristic, and called as the Oxford of the East. She also explained how the researchers and scientific community from Pune have contributed in innovations and thus, in the development of the country.

Dr. Gurpur then emphasized why Symbiosis Law School, Pune is the most fitting host to this Workshop, with its strong synergy with local industries, institutions and various national and international organizations. Dr. Gurpur suggested that the participants must be able to identify biological resources and ensure their just and prudent use. She posed an important question to the audience, "Are we mindful of the resources to ensure that regeneration and sustenance of said resources is not threatened?"

The Welcome Address was followed by the felicitation of the Dignitaries and Resource Persons. Thereafter, the dignitaries released the Symbiosis Contemporary Law Journal Volume III and Symbiosis Student Law Review Volume III.

Dr. Sairam Bhat, Professor, NLSIU, Bangalore delivered the thematic introduction. He elucidated that India being a land of diversity in culture, languages and religions should especially be mindful of its diversity. With such diversity in so many fields and areas, the question we must ask ourselves is whether or not we are keen to protect it by better enforcement of the law on biodiversity. Dr. Bhat added that there is an undeniable threat to biodiversity today and while a portion of the blame can be put on natural causes, the rest of the blame can be apportioned to man's commercial and trading activities. Under such circumstances, the law is important because this wealth of biodiversity belongs to the people and the state is merely a trustee of the same. On a concluding note, Dr. Bhat remarked, "Legislation does not aim to stop trade altogether but rather aims at regulation, monitoring and most importantly the sustainable use of biodiversity."

Chief Guest, Justice Swatanter Kumar commenced his speech by remarking on the aptness of the motto of Symbiosis 'Vasudhaiva Kutumbakam' with respect to the theme of the workshop. He emphasized that it is not necessary to think of biodiversity in strict scientific terms as it concerns our day to day interactions with nature. Justice Kumar spoke about the various challenges our country was facing with regards to biodiversity as seen in the Shimla and Narmada cases, where there was large scale loss of biodiversity. He spoke about the significance of the legislations provided for the protection of biodiversity, specifically the Biodiversity Act, 2002, Wildlife Act, 1972 and the Indian Forest Act, 1927, and stricter enforcement of the same. Justice Kumar also touched upon the contemporary challenges faced by the country with regards to biodiversity protection which include complete insensitivity both in terms of conceptualization and application of the law, unsustainable development and trans-border crimes concerning forest and wildlife. One of the important points stated by Justice Kumar to the participants was, "You should create the law which will follow the criminal irrespective of geographical restrictions."

The inaugural ceremony came to a close with a vote of thanks delivered by Dr. Bindu Ronald, Deputy Director, Symbiosis Law School, Pune.