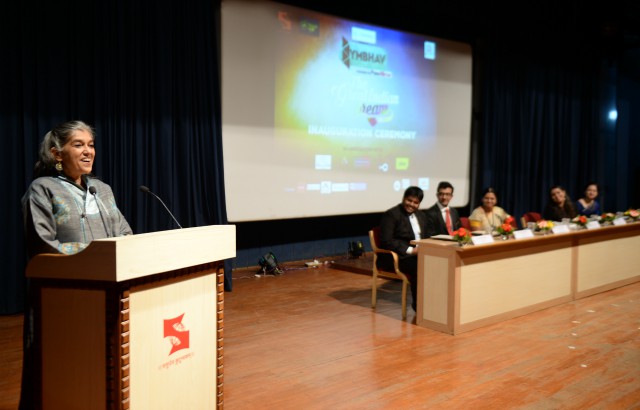 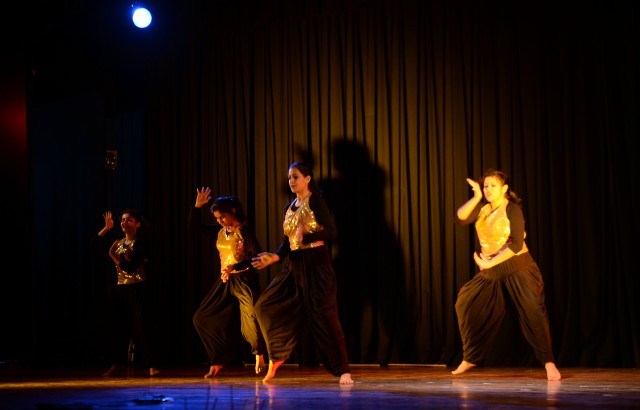 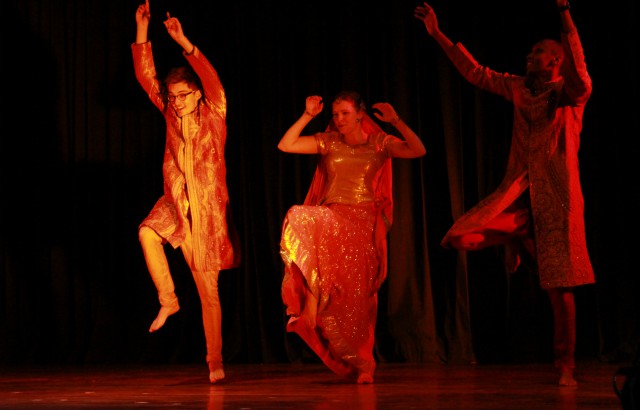 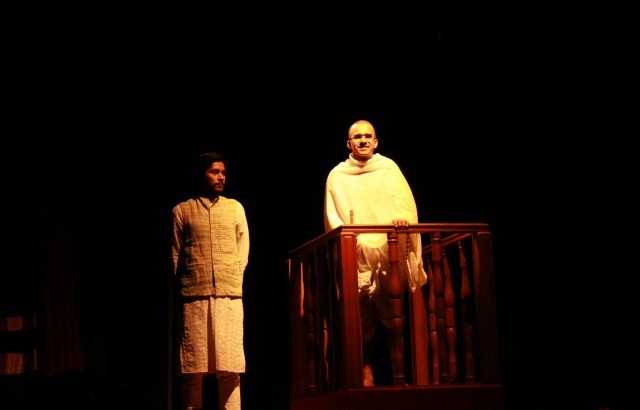 Opening ceremony of the 8th edition of Symbhav, the annual cultural fest of Symbiosis Law School, Pune, kick started today amidst grand performances ranging from the classical dance to a medley, called ‘The Great Indian Dance,’ involving participation of students from SLS, Pune and Rouen University, France, presently visiting SLS, Pune, under Erasmus Mundus Ellpis II, setting the tone for the roaring cultural extravaganza lined up for the next three days.

Fest with the theme ‘The Great Indian Dream’, with the tagline “Explore, Experience, Enjoy,” was inaugurated by the renowned theatre and film artist, Mrs. Ratna Pathak Shah along with Dr. Shashikala Gurpur, Director, SLS, Pune, Dean, Faculty of Law, SIU.

Biggest attraction of the inaugural ceremony was the dramatization of Mahatma Gandhi’s trial for sedition in the year 1922 called, ‘The Great Trial’, which also served as a commentary on the Indian Independence Struggle.Scripted and directed by Mr. Anindya Das, alumnus of FTII, the play was a brilliantly documented chronicle. It captured the turmoil of the people during the Independence Struggle. The emotions and dialogues were mesmerizing and the audience was enthralled by the performance of the students. The play was also highly appreciated and applauded by the guest of honor.

The event was followed by a panel discussion on ‘The Great Indian Dream – A Developed India by 2022’ in collaboration with Confederation of Indian Industry (CII) and Bloomberg Television under CII’s 'India@75'. The discussion highlighted philanthropy, CSR, education, socio-economic responsibility, employment opportunities and justice. The panel member, Mr. Naushad Forbes, Co-Chairperson of Forbes Marshall, emphasized that development must be distributed in such a way that the impact is felt at a family level. Mr. Ranjan Navani, Chairman of India@75, added that the values must be inculcated in the society.

This panel discussion will be telecasted on Bloomberg Television soon.