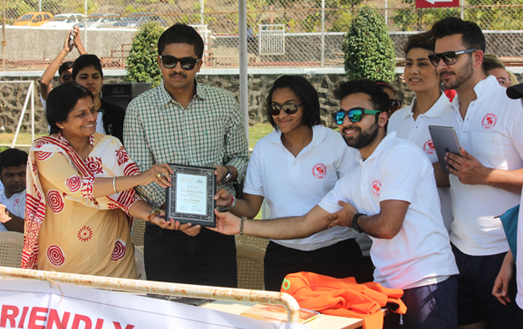 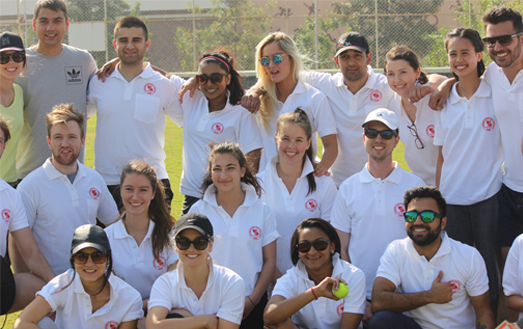 A delegation of twenty eight students, faculty members and other representatives from Deakin University, Australia arrived at SLS, Pune on 1st of December and will stay here till 12th of December 2014.

SLS Pune gave a very warm welcome to the contingent yesterday through a formal welcome ceremony at 10am in the SLS, Pune, Viman Nagar campus. Maintaining the spirit of Atithi Devo Bhav, college took the visitors to the Indian cultural odyssey through a colourful cultural programme in the evening comprising of Indian traditional songs & dances.

Dr. Shashikala Gurpur inaugurated the tournament. In her inaugural address she welcomed the students from Deakin University and stressed upon the importance of international student cooperation for cordial international relationship.

A minute of mourning was observed to pay a mark of respect and last tributes to the famous Australian cricketer, Philip Hughes who lost his life during cricket match in his own land three days ago.

The super nine cricket with nine players on both sides began with Mr. Amay Yeravdekar explaining the rules of the match. A super nine cricket is a 9 over match where a six is awarded 9 runs, four is awarded 4 runs, one bowler can bowl a maximum of three overs , no balls and wide balls give 2 runs and 5 runs are deducted from the team total when a batsman gets out.

Prof Bangali & Prof. Nemane had a major role in registering this victory for SIU by scoring highest in first and second match respectively.

After the match the contingent met Dr. Rajani Gupte, Vice Chancellor, SIU. This was followed by a tour of the SIU for the guests’, to offer them an opportunity to enjoy the scenic beauty & combination of natural fresh air with academic aroma of the Symbiosis International University.