National Seminar on Right to Privacy in Indian Context 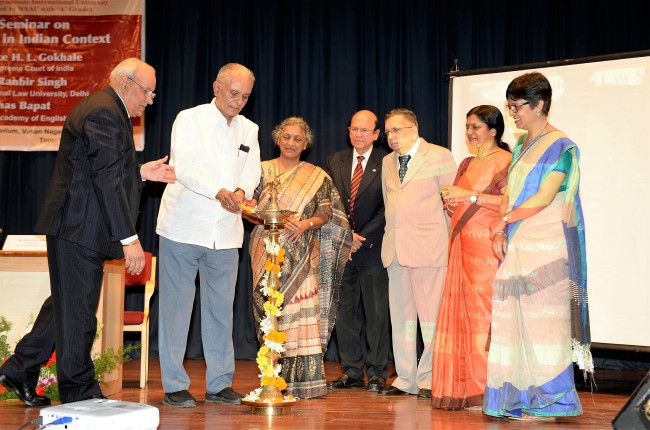 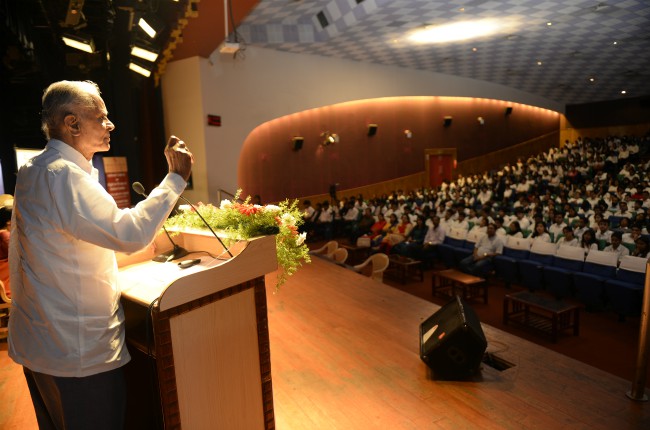 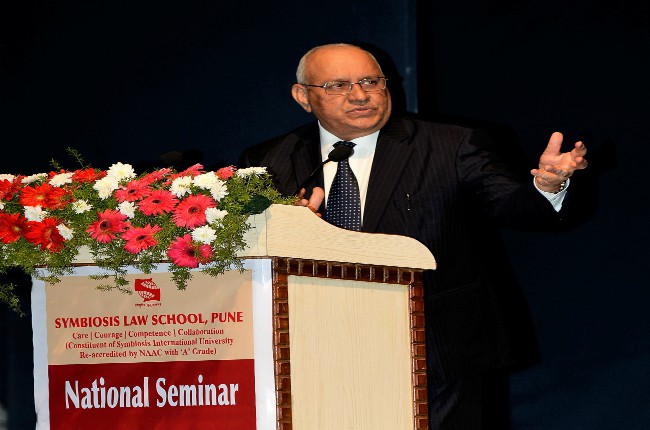 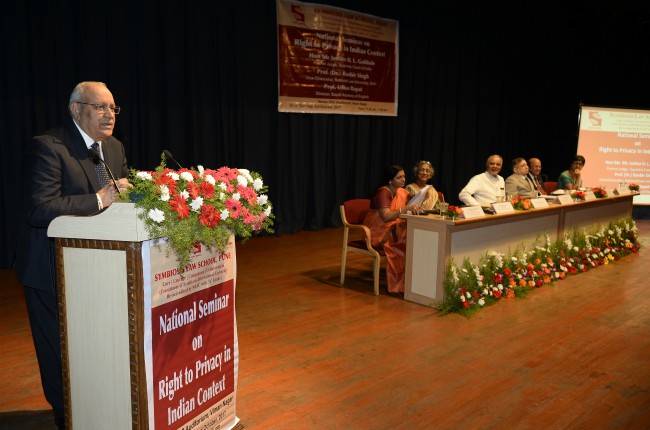 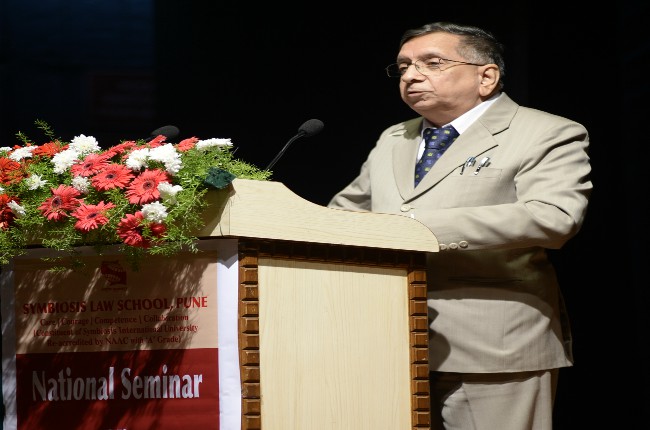 The objective behind seminar- a teaching pedagogy to learning beyond classroom through experts, was to promote awareness, debate and public discourse on “Right to Privacy”, which has been recently held to be part of Fundamental Right under Article 21 of the Indian Constitution by a 9-judge bench of the Supreme Court in K. S. Puttaswamy v. Union of India.

Dr. S B Mujumdar, Hon’ble Chancellor, SIU, welcomed the audience and thanked the honourable dignitaries for sparing valuable time from their busy schedule for this seminar which he thought was the need of the hour in light of the recent judgement in K. S. Puttaswamy v. Union of India.

Dr. Shashikala Gurpur, started her address by thanking Dr. S B Mujumdar, Hon’ble Chancellor, SIU, the visionary behind this seminar. Talking about the recent judgment on the Right to Privacy she mentioned that a law school and its students owe a special responsibility towards the community: a duty to simplify the law & a duty to create legal awareness. Dr. Gurpur gave an overview of the judgment, mentioning key points of the right to privacy as in the main judgment. She explained how Aadhar scheme which collected biometric data of people became the centre of controversy concerning privacy rights. She apprised the audience of Aristotle’s division between public sphere and private sphere as quoted by Justice D.Y. Chandrachud, Judge, SC, in the original judgement. She emphasised the 9 Facets of Privacy such as Bodily, Spatial, Communicational, Proprietary, Intellectual, Decisional, Associational, Behaviourial & Informational and the Horizontal versus Vertical Rights given in the same judgment. She also apprised the audience of Justice Fali Nariman, the pioneer in addressing the issue of privacy in the digital context and the visionary behind the Doctrine of Originalism. She ended the introduction by hinting at the impact of judgment on LGBT rights & decriminalisation of same sex marriages, Adhaar Card, data theft, disclosure to election commission by candidates etc.

Speaking on ‘Right to Privacy: Constitutional Perspectives’, Prof. Ulhas Bapat, Director, Prof. Bapat Academy of English said, “The strength of Indian Democracy still stands tall on the pillars of the Constitution of India and the Supreme Court, unlike many other democracies that emerged post World War-II and could not survive the test of time.” He emphasized the judicial activism in certain landmark cases, such as Right to Education and appointment of judges to High Courts and the Supreme Court. He further elaborated on the Doctrine of Silences and forced judicial activism such as in the recent case of triple talaq, where the judiciary had to step in to compensate for the lack of initiative on the part of the legislature.

Prof. (Dr.) Ranbir Singh, Vice-Chancellor, National Law University, Delhi spoke on ‘Right to Privacy: Jurisprudential Concept’. He mentioned the vitality of K. S. Puttaswamy v. Union of India as opposed to the previous mentions of privacy with respect to unanimity in the current judgment. Talking about the absoluteness of the right, he said, “At the most, the right can be considered to be a qualified right subject to certain restrictions, as absolute rights do not harmonize with the community and an inevitable revolution in technology is bound to affect it.” He concluded by stating the cause behind the whole debacle, and how it ensued because of the want of the government to link the Aadhar card with everything, initiating a subtle process of surveillance, which made the requirement of a concrete right to privacy, the need of the hour.

Speaking on ‘Judicial Trajectory on Right to Privacy’, Chief Guest Hon’ble Mr. Justice H. L. Gokhale, Former Judge, Supreme Court of India, threw light on the previous judgments which have been instrumental in the build-up that led to the passing of current judgment. He stated that the M.P. Sharma (1954) and Kharak Singh (1963) cases had a dissenting opinion expressing the vitality of this right. He apprised the audience that the rights such as the right to eat, marry or dress, which did not have a concrete backing till date cannot be disregarded now by virtue of the recent judgment in favor of privacy. He concluded by saying, “Every man’s house is his castle, which cannot be encroached upon by arbitrary state action.”

The seminar drew to an end with an interactive question answer session with the audience, and was concluded with a vote of thanks delivered by Dr. Bindu Ronald, Deputy Director, SLS, Pune.admin123