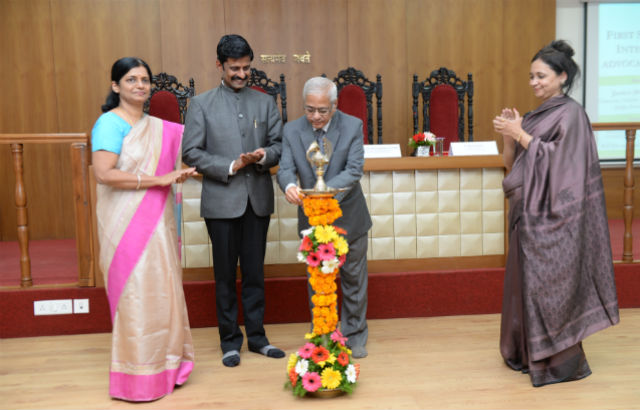 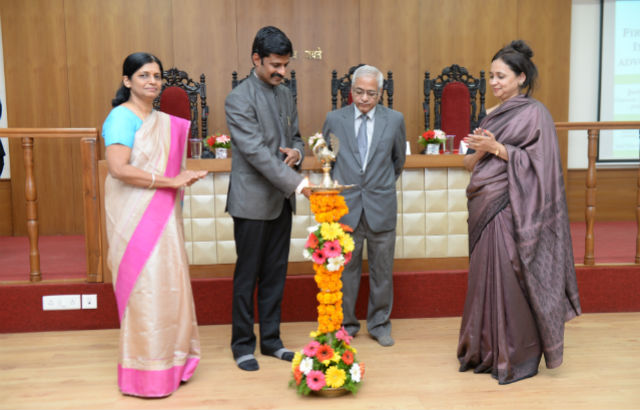 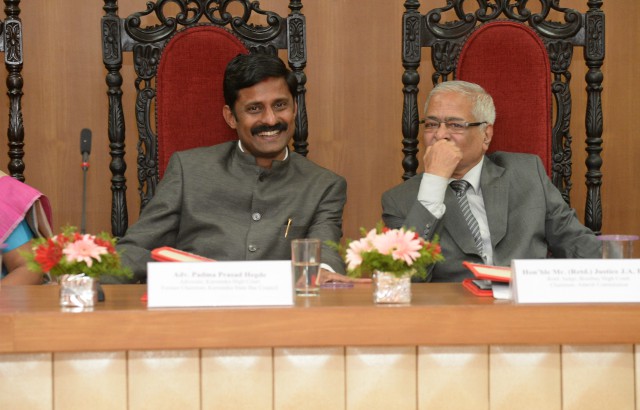 Dr. Shashikala Gurpur, Fulbright Scholar, Director, Symbiosis Law School, Pune, Dean, Faculty of Law, Symbiosis International University welcomed the esteemed dignitaries and the participants along with the faculty and students of SLS, Pune. She highlighted how moot competitions across the country test only the limited skills of the students so far as presentation is concerned and how inculcating clinical training through appreciation of evidence is important. She also expressed her satisfaction over the competition being the product of the college’s in-house expertise of trainee lawyers. She hoped that the competition would inspire all the young minds present to pursue careers which would leave a deep imprint in the realms of humanity. Being the first of its kind, SICTA 2016 seeks to afford the participants a unique opportunity to practice their advocacy skills in a controlled simulation of the International Criminal Court, before experts and scholars associated with this respected yet non-conventional domain.

Mr. Vadeendra Joshi, Convenor of the Moot Court Association, 2015-2016 introduced the concept of a criminal trial court. He stressed on the responsibility of the academic community to sensitize the community to criminal issues and how such a holistic setting aims to indulge law students in international law. He explained that SICTA is different from moot competitions and other national trial advocacies and is a mock trial based on the simulation of proceedings in the International Criminal Court as justice is about both substantive & process.

Guest of Honour, Adv. P. P. Hegde, stated that the real reason behind crimes across the globe was the forced imposition of ideas on people. He emphasised the importance of peace in building up the incredible India. Adv. Hegde then set the tone for the rest of the competition by emphasising the need for a common criminal procedure code globally in order to achieve justice for victims of international crimes. He concluded by asking everyone to keep their minds open to accept and understand novel concepts across boundaries.

Justice (Retd.) J.A Patil, spoke about the importance of developing proper advocacy skills which are lacking in lawyers today by sharing his own experiences about cases that he had presided over the span of his career. “As our criminal jurisprudence places the burden of proof upon the prosecutor and the defence has to create a reasonable doubt in the mind of the judge in order to acquit himself, it is very crucial for lawyers to properly cross-examine witnesses and place all evidence in front of the court so that the judicial mechanism can provide justice to victims”, he said.

He further added that there is a common misconception that the prosecutor’s job is very simple. But on the other hand, it is the duty of the prosecutor to elicit from the witness all the material facts and place it in front of the court. After stating various cases, he finally advised the participants to take up advocacy and study the facts carefully or rather master it. Dr. Bindu Ronald, Deputy Director, Symbiosis Law School, Pune proposed the vote of thanks.

We will be live casting the finals and the valedictory on the 20th March and the link for the same shall be provided on our website.