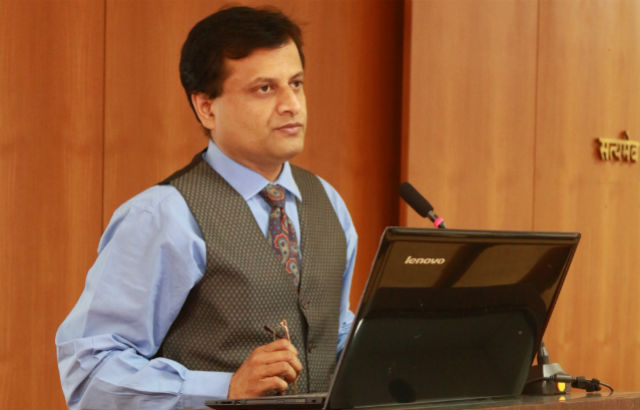 Symbiosis Law School, Pune through its Tech Legal Cell organized a Capsule Course on Legal Control of Emerging Concerns in Cyber Space on 26th March, 2016 from 11am to 4pm. The Chief Guest for the event was Mr. Pavan Duggal, Advocate, Supreme Court of India and President, CyberLaws.net. The Guest of Honour for the event was Dr. Harold D’Costa, CEO, Intelligent Quotient Security Systems Pvt. Ltd. and a cyber security expert.

The Guest of Honour, Dr. Harold D’Costa thereafter spoke about electronic evidence and its admissibility in Court. He spoke about what exactly data is and how digital footprints will never fade. He further discussed the implications of allowing your information to be broadcasted in public or in chat rooms and how that negatively affects the security of the user. He also conducted a mock presentation with one of our students to illustrate the concept of cyber crime. Besides, he explained the Stage wise Forensic Process, namely Seizure, Acquisition, Analysis and Reporting and brought digital perspectives to the same.

A very informative session was then conducted by Dr. Atmaram Shelke, Assistant Professor, Symbiosis Law School, Pune on the “Problems Regarding Jurisdiction in Cyber Space”. He dealt with the preliminary question of Jurisdiction in Cyber Space at length, thereby also citing the relevant provisions from both the Information Technology Act and the Code of Civil Procedure. He subsequently addressed the concern surrounding Owner-Service Provider-Cloud computing Server-Offender chain and the roles played by them under the Act.

Chief Guest Mr. Pavan Duggal delivered the address on “Emerging Concerns in Cyber Space- A Cyber-Legal Perspective”, wherein he emphasized the non existence of privacy on the internet and the growing concern about multinational IT companies gaining access to personal information through our online activities. He further spoke about the Dark Web and the role it is currently playing in Cyber Terrorism and Cyber Crime. He also added that Information Technology Act, 2000 is not adequate to support the legal frameworks required for transforming Digital India. He concluded by saying, “The entire issue pertaining to the role of intermediaries and their liability needs to have a relook, given the evolving new ground realities of increased adoption of Internet of Things, Social Media, Darknet and Social-Mobile-Analytics and Cloud (SMAC)”.

Prof. Swapnil Bangali, Assistant Professor, Symbiosis Law School, Pune then addressed the audience on ‘Illegal Surveillance and Snooping’. He spoke about the origins of modern cyber legislation through the Telegraph Act and the evolution into the Information Technology Act. He further spoke about increasing number of breaches of privacy by private parties. He compared transnational legislations to examine the different laws in India and abroad. Furthermore, he reflected on surveillance in India and abroad and why we should be wary of snooping by the government.

The capsule course saw participation by over 200 students with around 50 participants from outside the college.

After a brief question answer session, the capsule course came to an end with Prof. Rupal Rautdesai proposing the vote of thanks.