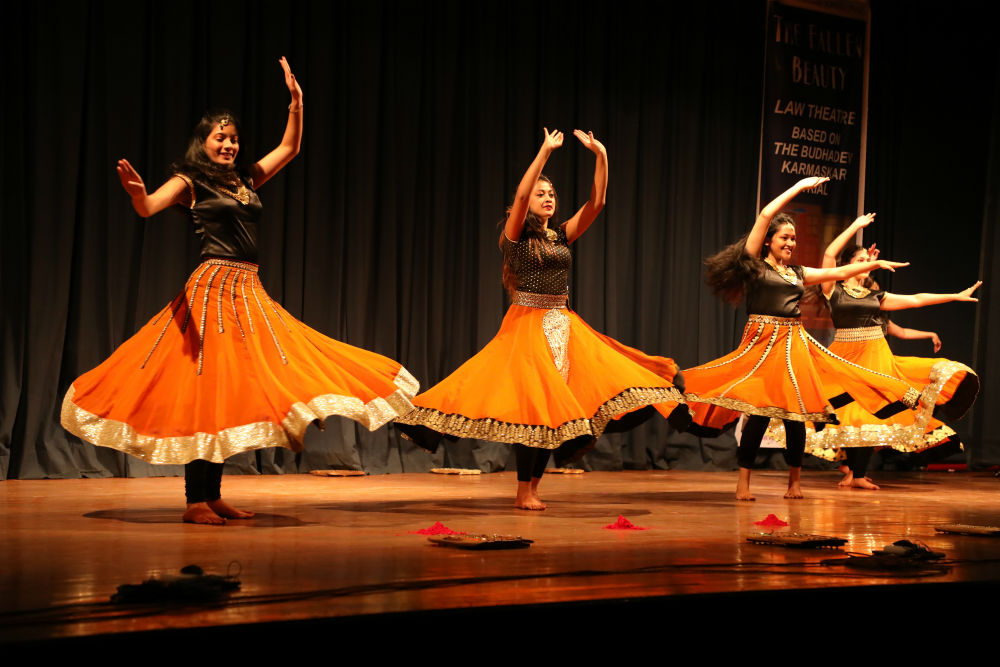 The cultural fest inaugurated on 21st February, carried the momentum further with a spectacular opening dance followed by 'The Fallen Beauty' a dramatization of Budhadev Karmaskar Vs. State of West Bengal, 2011 case, at 3.30 pm in SVC Auditorium. The play addresses issues pertaining to sex workers and the violation of their human rights.

The play explores the lives of prostitutes in a brothel, and follows the case of the gang rape of a girl who came to Mumbai with dreams of being a Bollywood actress, but ended up being tricked into prostitution. The issues dealt with coverd Immoral Trafficking Prevention Act, 1956, Indian Penal Code, 1860, Maharashtra Police Act, 1951, Indian Evidence Act, 1872, and the Code of Criminal Procedure, 1973. It also delves into Articles of the Indian Constitution.

It is an attempt to shed a light on the rights that are often alienated from prostitutes in the garb of the ‘immoral’ nature of their profession, and to raise awareness about the same. Through this play an attempt has been made to inform the judiciary of the existing lacunae in our system so as to effectively form alternatives to protect each and every citizen of our country without any bias or stigma clouding the treatment meted out to them.

The play, directed by Mr. Sanchit Kumar Malvi, is the brainchild of Dr. Shashikala Gurpur, Director, Symbiosis Law School, Pune, Dean, Faculty of Law, SI(DU). Post play Dr. Gurpur felicitated Mr. Sanchit Kumar Malvi and commended the artists for their efforts and immaculate execution. The program came to an end with the vote of thanks.

The other major attraction of Symbhav 2018 are the Pronites starring Farhan Akhtar  with his band playing for 90 Minuteson 23rd February , Varun Thakur the famous Standup Comedian & The Local Train- Band on 24th February and Candice Redding & Zaeden - International DJs on 25th February.