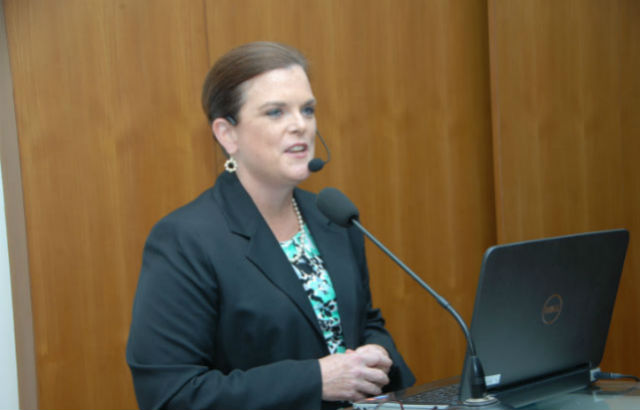 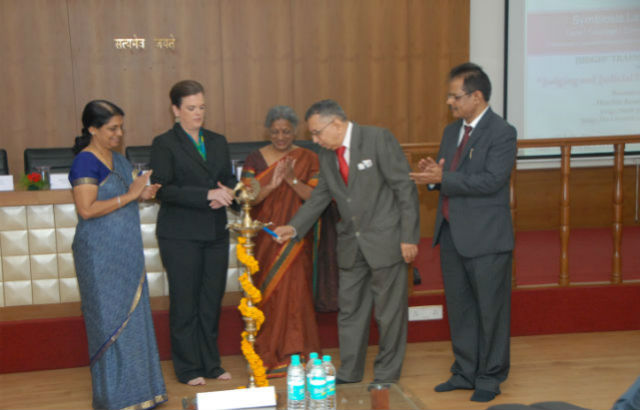 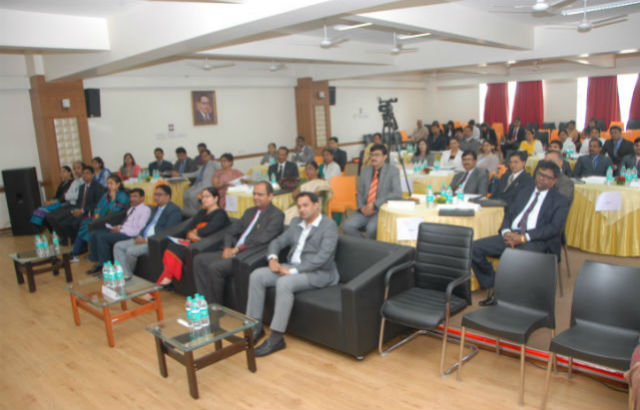 Dr. Gurpur in her welcome address recognized the honour SLS, Pune had in hosting this prestigious event. She discussed the law school’s long standing contribution to legal service, highlighting its collaboration with the judiciary. SLS, Pune’ s training of over a hundred lawyers for legal aid services was one such endeavour. While lauding the strong legal system enjoyed by the United States, she emphasised that this was due to judiciary being an intrinsic part of society, which is not the case in our country. She stated that judging is very delicate exercise with serious implications over society. It’s like walking on a razor’s edge. She stressed on the importance of bringing the judiciary closer to society.

Dr. Rajani Gupte, expounded an enlightening introductory address in which she talked about how this endeavour of training programme for sitting judges is a wonderful initiative and a privilege for the University. After giving a brief introduction to Symbiosis International University and its constituents, she commended the spirit of SLS, Pune in taking the lead to connect with the legal society. Citing the example of students visiting the Lok Adalat in Pune, she expressed her elation at the practical learning the students were gaining.

Hon’ble Judge Shri Sumant M. Kolhe, Principal District Judge, Pune in his keynote address spoke about his delight at the opportunity that this training programme was presenting. He emphasized the fact that with the busy schedule of judges and the innumerable stressful situations they face while administering justice, they rarely get a chance to visit law schools; to stop and reflect upon judging, an opportunity which they are privileged to get today.

In his address, Chief Guest, Hon’ble Justice Mr. H L Gokhale, acknowledged that with the exception of a few, High Court and Supreme Court Judges do not give their time to legal education. He compared the Indian and the American Supreme Courts with respect to the immense pressure on the system as a result of the sheer magnitude of the matters at hand. Appreciating the enormity of task the Trial Court Judges have, he emphasised that as they are the first court to review the matter, with no judicial material to refer to, they have a much greater responsibility towards the society. Lastly, he mentioned that the Judges must give a strong judgement and consider all facts.

The training session with Hon’ble Judge Kristi Harrington was divided into two sessions. In the first session entitled ‘How to Take Care of the Bench’ she enumerated upon various Judicial and Administrative Skills that are required of the judges in their day-to- day functions. She also elucidated upon the demeanour that a judge is expected to demonstrate during court proceedings in order to maintain neutrality. Emphasising upon the need to give extra attention to Special Victims, Justice Harrington quoted the Supreme Court of India and laid importance on being a socially sensitive judge. She highlighted the need for judges to remain unbiased to the best of their capacity while recognising their human traits.

In the post lunch session entitled ‘How to Take Care of You’ she recognised how every judge has to inevitably face a share of challenges in their line of work. It is therefore important for them to maintain sound mental health, which is often overlooked. She also accepted that a judge’s life could often lead to isolation, which is why she considered it important for judges to maintain good relations with their staff and other judges. To ensure lifetime satisfaction, she emphasised upon mentoring as an essential step in that direction.

Wrap up discussion with Justice Harrington was highly interactive with enthusiastic participation from all the participants.

The concluding remarks were given by Prof. Prathamesh Joshi.