‘ConQuest: A Quiz on the Indian Constitution, History and Politics’ Regional Round (Western) of National Quiz Competition, 2016 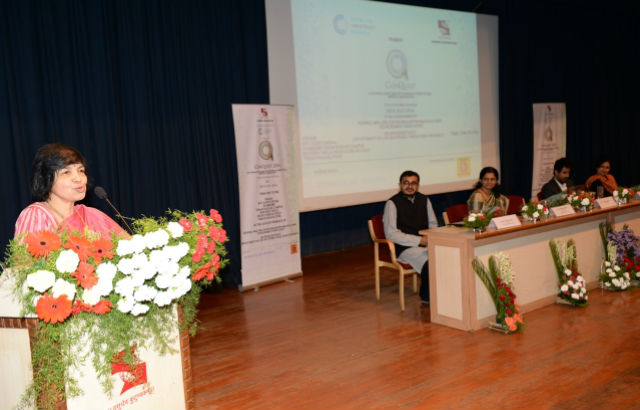 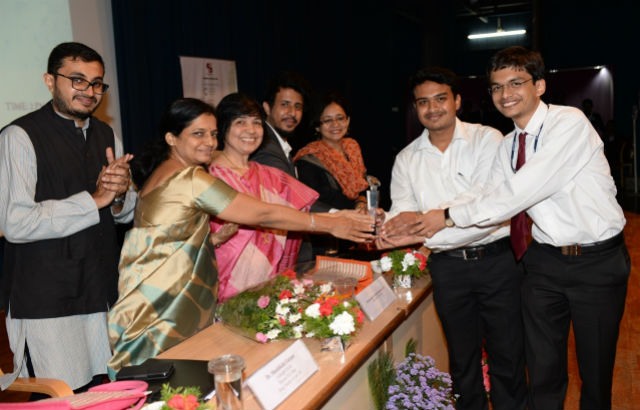 Symbiosis Law School, Pune, a constituent of Symbiosis International University and the Centre for Law and Policy Research, Bangalore (CLPR) jointly organized the Regional Round (Western) of ‘ConQuest: A Quiz on the Indian Constitution, History and Politics’, on 30th July, 2016, at SVC Auditorium, Viman Nagar, Pune. The quiz was prepared and conducted by Walnut Knowledge Solution, a Bangalore based start-up that aims to promote popular and critical knowledge of India's constitutional and legal heritage among University graduates in general and law students in particular.

The western regional round saw participation of 44 teams and the final round witnessed 6 teams from SVKM Pravin Gandhi College of Law, Symbiosis Law School, Pune, BVDU New College, VM Salgaoncar, Goa and ILS Law College, Pune fighting closely for the title of the winner of the Regional Round (Western) of National Quiz Competition.

Dr. Shashikala Gurpur, in her welcome address spoke about the novelty of this quiz that inculcates critical thinking. For this, she commended the initiative taken by Centre for Law and Policy Research, Bangalore (CLPR) and Walnut Knowledge Solutions. She especially thanked Hon’ble Justice Dr. (Mrs.) Shalini Phansalkar Joshi, a judge of exceptional stature, for gracing the event with her presence and participating in it briefly as a quiz-master.

Hon’ble Justice Dr. (Mrs.) Shalini Phansalkar Joshi thereafter addressed the audience. She praised the ConQuest Quiz Competition and the high standards of the questions that were asked. Emphasising upon the framework of our Constitution, she spoke about it incorporating the diversity of the nation while bringing about unity. She spoke about the importance of imparting the constitutional knowledge as it affects not just lawyers and judges, but we the people.

Mr. Vineeth Krishna, in his concluding remarks spoke of civic education intervention and constitutional secular citizenship that are crying out for public rethinking. The CLPR aims to foster greater public awareness regarding the constitutional legal history and its impact on us. Further elucidating upon the motivation behind ConQuest, he especially thanked the entire organisation team for all their hard work.

The event concluded with the Vote of Thanks by Dr. Bindu Ronald, Deputy Director, SLS Pune.