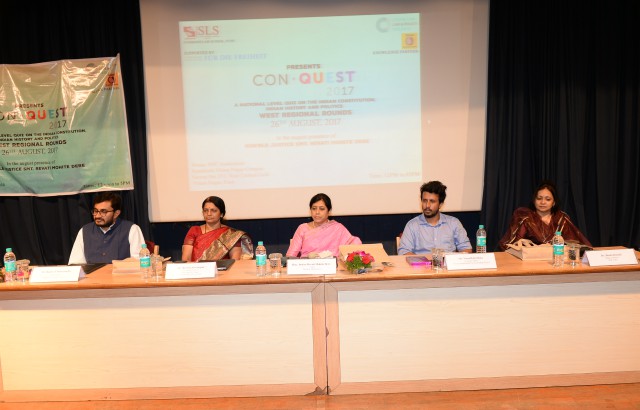 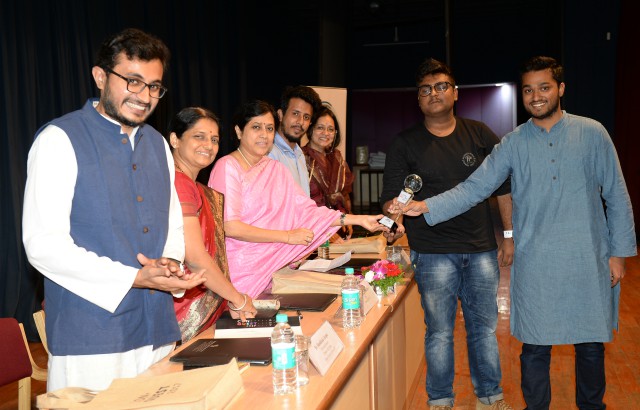 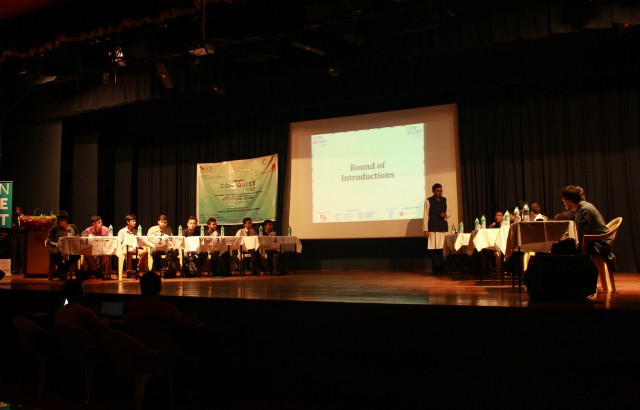 Ms. Kruthika, CLPR, in her introductory address, emphasized the role of the Constitution of India with reference to the Directive Principles of State Policies, referendums and other recent issues. She elaborated on the future prospects of CLPR in schools and colleges across India, in order to protect India’s Constitutional heritage.

Preliminary rounds commenced at 1:00 P.M, followed by a dance performance by students of Symbiosis College of Arts and Commerce. Before the commencement of the final round, there was an interactive session where the questions from the preliminary rounds were presented and answered by the audience.

Final round of the competition began at 2:00 P.M which witnessed 8 finalists batting for the title of Western Regional winner in the presence of the Chief Guest, Hon’ble Mrs. Justice Revati Mohite Dere, Judge, Bombay High Court.

The Valedictory Ceremony commenced at 4:00 P.M., with the arrival of dignitaries on dais. Dr. Shashikala Gurpur, Fulbright Scholar, Director, Symbiosis Law School, Pune, Dean, Faculty of Law, SIU expressed the importance of victories and the quest for the greater understanding of Constitution. She stated the quizzes such as Conquest can facilitate demystifying the law, making it lucid and comprehensible for reaching out to the common folk.

The Chief Guest, Hon’ble Mrs. Justice Revati Mohite Dere, Judge, Bombay High Court, addressed the gathering and in her discourse she stated that life is a continuous learning experience. She opined that in order to excel in life, one must work hard and grow from strength to strength. She further stated that although academically we all learn the syllabus that is taught, being aware of what is happening around us is also of supreme importance. In her opinion, technology has shrunk the world.

The revered speaker stated that knowledge of what is happening in the world is what shapes one’s personality, education gives one knowledge, and acquired wisdom is what shapes one’s conscience. She concluded her address by stating that the pleasure of rising to the top may be great, but, a greater sense of achievement prevails when you help others and give back to the society at large. She ended her speech by congratulating winners and the participants.

The concluding remarks were delivered by Mr. Vineeth Krishna, Associate Editor - Constitutional and Civic, Citizenship Project, CLPR. He elaborated the origin of ConQuest and how it demands awareness of the population to safeguard India’s Constitution. Dr. Bindu Ronald, Deputy Director, SLS-P delivered the vote of thanks.