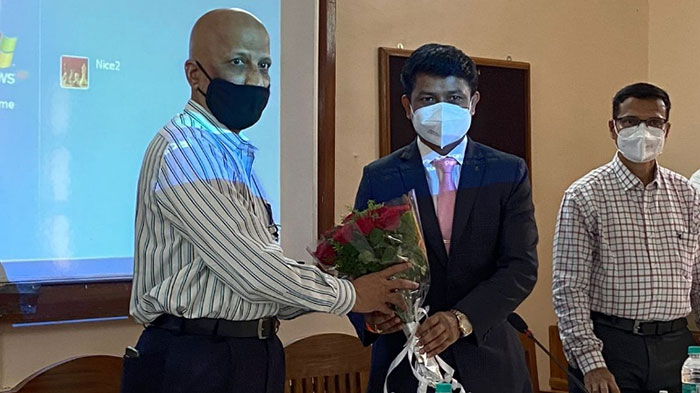 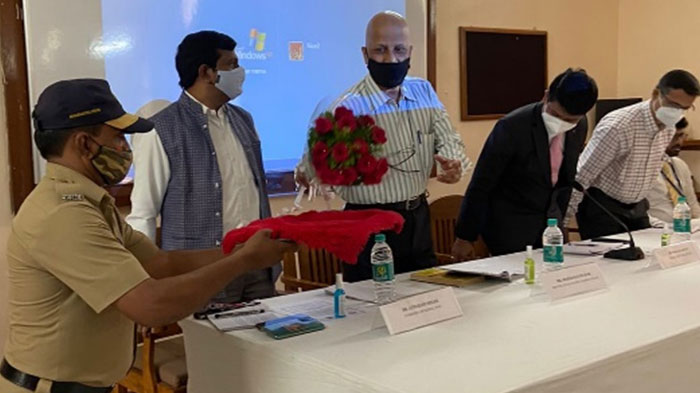 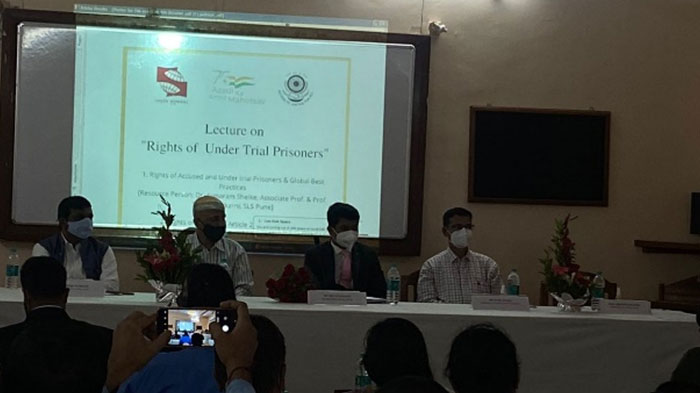 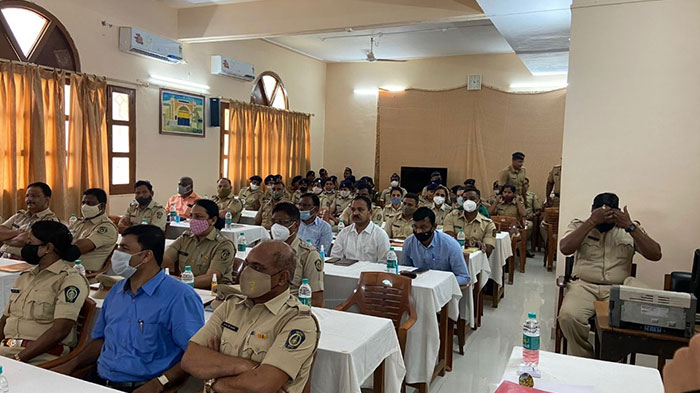 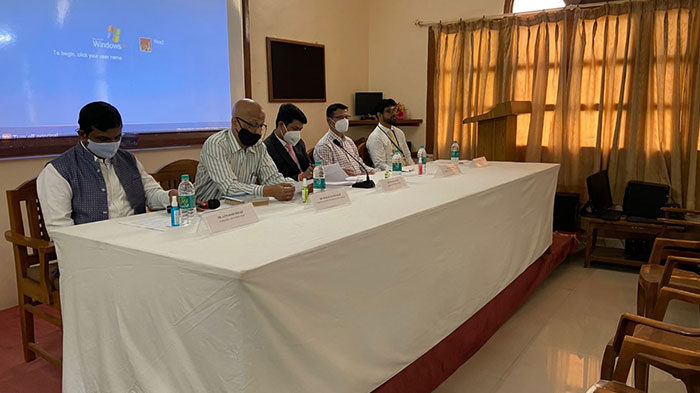 Ms Chaitraly Deshmukh presented the Welcome Address for the authorities present at the event which was followed by a short felicitation ceremony conducted by Mr. Sharad Katawakar. Subsequently, Prof Shirish Kulkarni, spoke on the “Rights of Under-trial Prisoners.” He began his speech by focusing on the noted contributions of SLS Pune such as conducting the Lok Adalat regularly as well as setting up prison programs and legal aid clinics. He stated that the aim of providing such aid by colleges should not just be to provide assistance in prisons, but also to assist in spreading legal awareness in the rural areas.

Following Prof. Kulkarni, Mr. Pratap Sawant emphasized on the importance of communication with the jail staff and authorities in the administration and further referred to the Pan India Legal Awareness Program launched for the encouraging the same. He further mentioned that since India has adopted the reformative method of punishments, prisoners must be treated in a way that they are reformed. He elucidated that though the provision of free legal aid is not a fundamental right, it is enshrined in the Directive Principle of State Policy, and thus it must be ensured. He mentioned that since the beginning of the pandemic, more than 1700 individuals have been released on bail, owing to the overcrowding of prisons. Organizations such as legal aid clinics of colleges and NGOs have provided the surety for these prisoners, and their anonymity is maintained so that they can be reintegrated into society.

Prof Sangramjeet, in his speech, sought attention on the fact that offenders who have committed offence for the first time and habitual offenders cannot be mixed together in prison. He further stressed that prisoners must be provided with requisite guidance and reformation at the correct time, so that they can be reintegrated into society.

Mr. Sunil Damal, the Additional Superintendent of Police spoke about the grave issues that prison authorities face in prisons such as overcrowding of jails, lack of medical facilities for the prisoners, dealing with alcoholics, drug addicts and prisoners distrusting free legal aid provided by organizations and colleges.

Furthermore, Prof. Atmaram Shelke, in his speech, discussed extensively about the global best practices, and the changes that needed to be brought about in our prison system. Focusing attention on the importance of prison reforms, he mentioned that a person must be considered innocent until proven guilty and even if convicted, punishment must not be inhumane. He claimed that despite the protection provided under Article 21 of the Indian Constitution, the rights under it are often not guaranteed to the prisoners. He therefore, concluded his speech by stressing on the fact that arrest should be done by following a proper process.

Following Prof. Shelke, Prof Shirish Kulkarni began his speech. He mentioned that certain foreign practices should be adopted in India such as the practice of telemedicine, the practice of rehabilitation and reformation, kitchen practices, implementation of the Ombudsman system, and regular checks by the National Human Rights Commission.

Subsequently, Prof Yogesh Dharangutti spoke about the importance of implementing the Artificial Intelligence technology. He mentioned that if prisoners can be taught coding, they can develop systems and cameras which can be used to observe the behavior of prisoners.

Lastly, Prof Ashutosh Panchbhai spoke about how sensitization has taken place through a plethora of Supreme Court judgements. He particularly complimented the Yerawada jail having been at the forefront in implementing the global best practices as well as the sensitization practices.