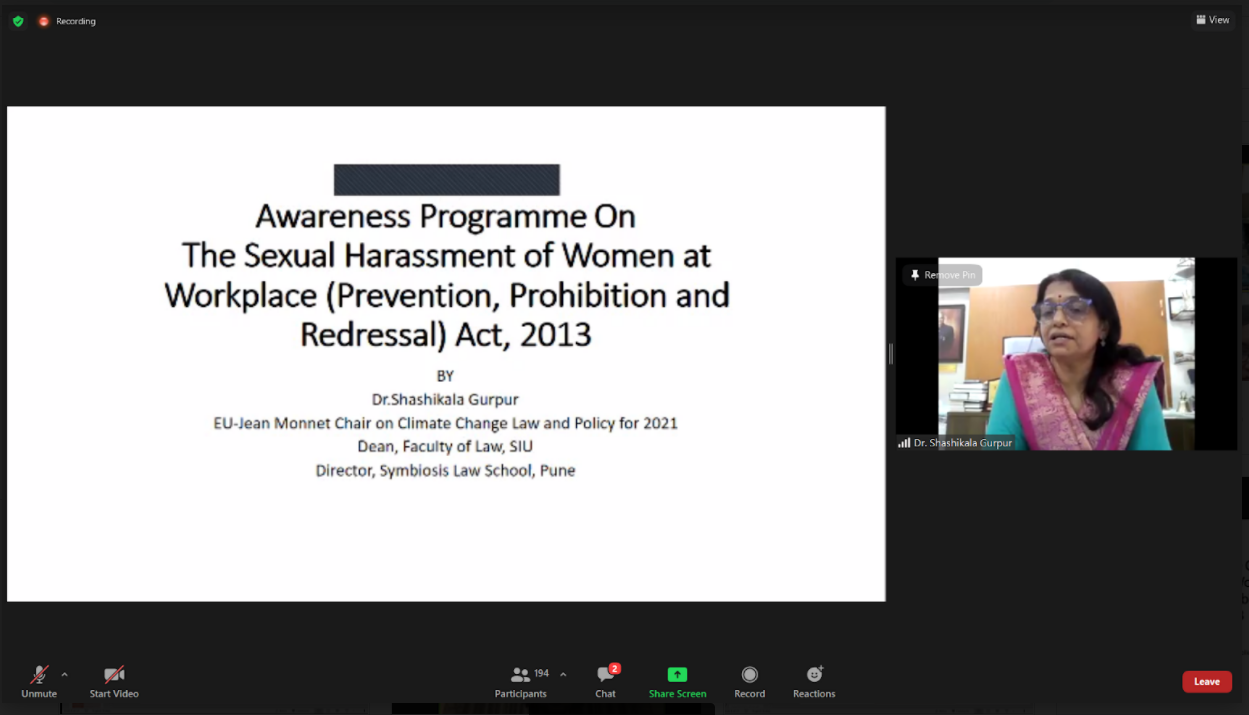 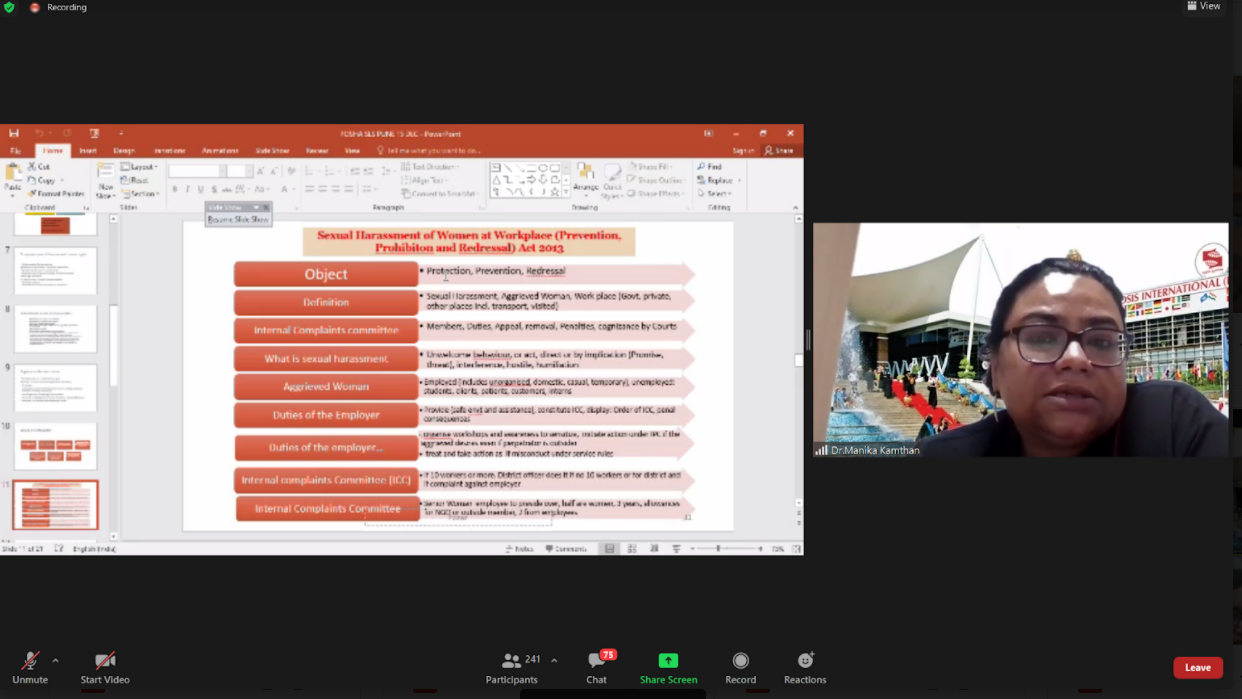 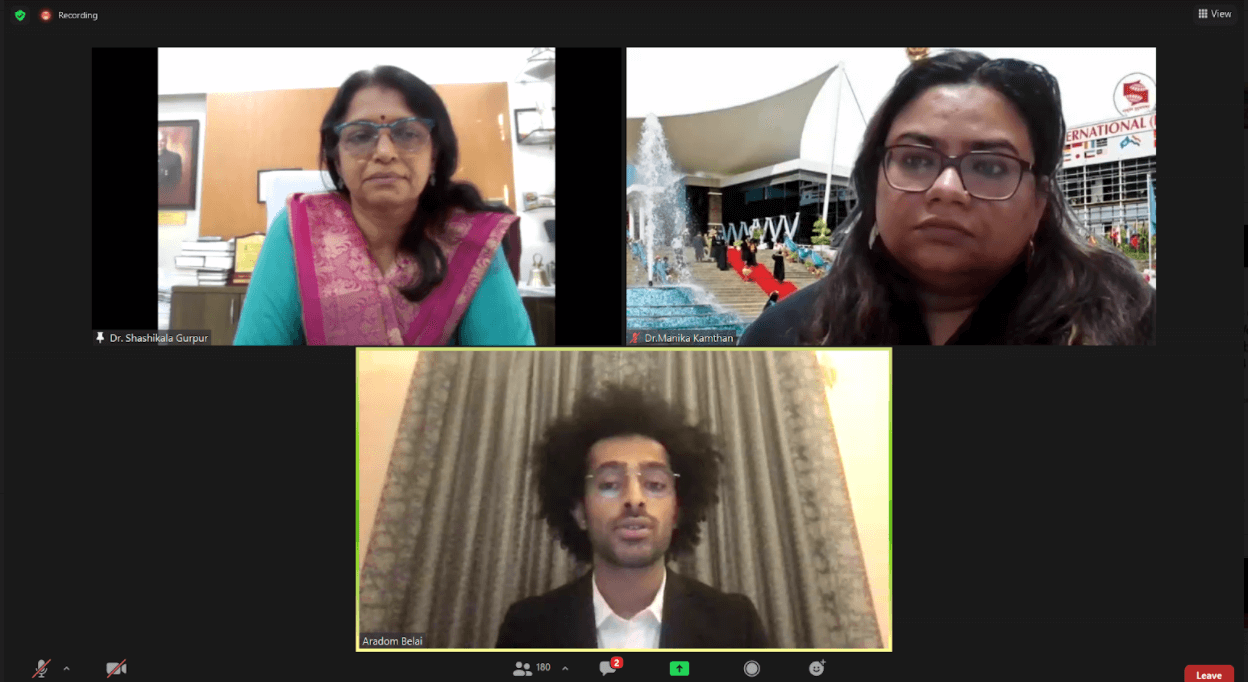 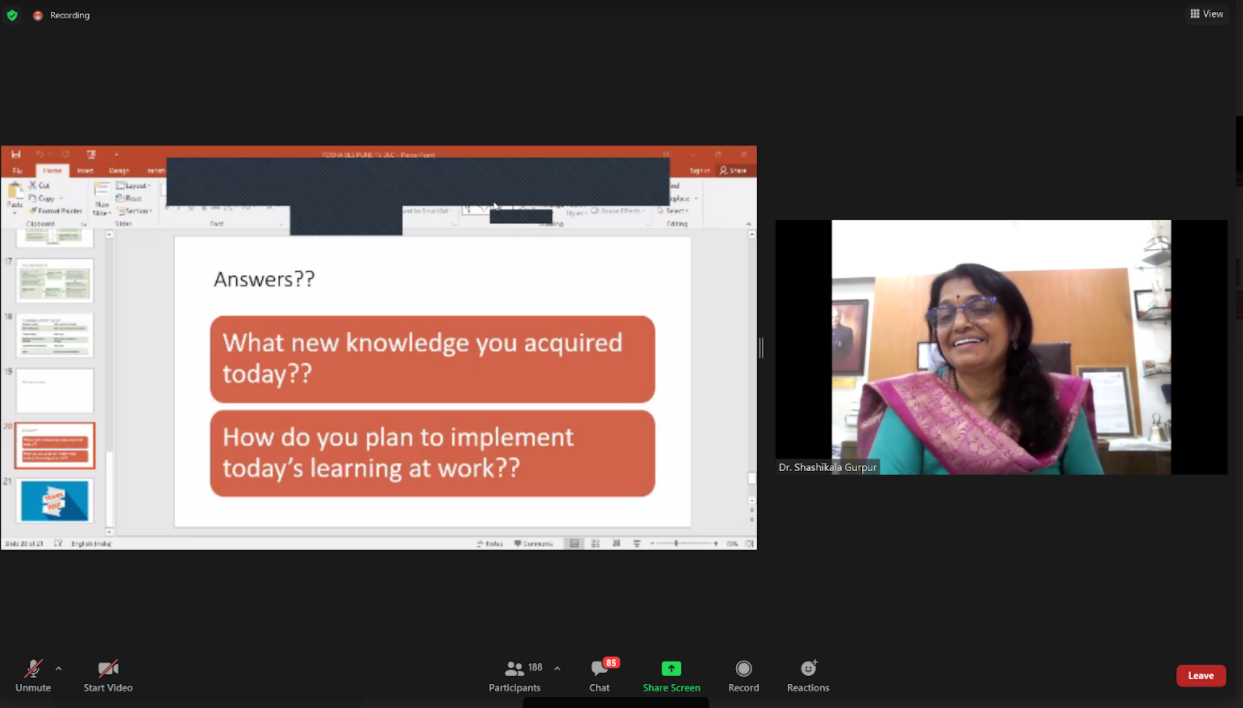 Symbiosis Law School, Pune, a constituent of Symbiosis International (Deemed University) conductedOne-day Awareness Programme on the Sexual Harassment of Women at Workplace (Prevention, Prohibition and Redressal) Act, 2013 for faculties, non-teaching staff and students. It was organised under the mandate of the Ministry of Women and Child Development, Government of India.

Aradom Belai, Co-Head, Gender Champions Initiative, SLS-P welcomed and introduced the speaker of the programme - Dr. Shashikala Gurpur, Fulbright Scholar, Director, Symbiosis Law School Pune, Dean, Faculty of Law, SI(DU), Jean Monnet Chair Professor in EU Climate Justice Governance, Management and Policy. Dr. Gurpur explained the aim of the webinar was to create awareness on the sexual harassment law. She described four cases to explain the relationship between the harasser and the woman harassed. She conducted an awareness activity and observed that the newspapers and television shows do not highlight women issues.

Dr. Gurpur stated that if we stopped associating roles and behaviours to genders, men and womencould self-actualize in a meaningful way. She observed that media and movies impacted gender stereotypes by objectifying women, which does not contribute in preventing sexual harassment. She drew the difference between sex as a biological concept and gender as a social one, and opined that there is no scientific basis behind the difference and inequality.Dr. Gurpur concluded her speech by observing that everyone had the rights to develop themselves, earn their own living and participate in decision making irrespective of their sex and gender.

Dr. Shashikala Gurpur firmly established that the behaviour of professionals and experts should also be checked. It should not be tolerated because of their years of expertise or association with the organisation. Dr. Gurpur urged every student to act as ‘opinion leaders’ and show “zero tolerance to such people and bring them to books.” She drew attention to the zero tolerance towards sexual harassment policy at SLS, Pune, and how the college had protected student interns over the years.She also invited the students and faculty to offer their suggestions on how to improve this within the college

Dr. Gurpur observed that one must sensitize the majority of people to the possibility of becoming offenders and to the realities and risks they would face for perpetrating sexual harassment at the workplace. Lastly, she discussed sexual harassment in the online space and addressed queries on sexual harassment in a Q&A session with the attendees. The Vote of Thanks was delivered by Dr. Aparajita Mohanty, Deputy Director-Academics, SLS-P.