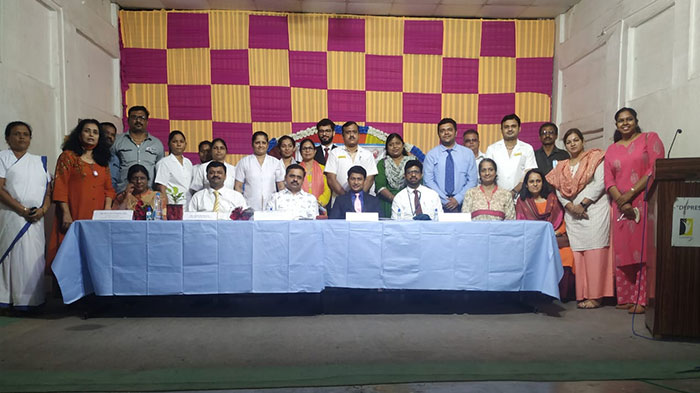 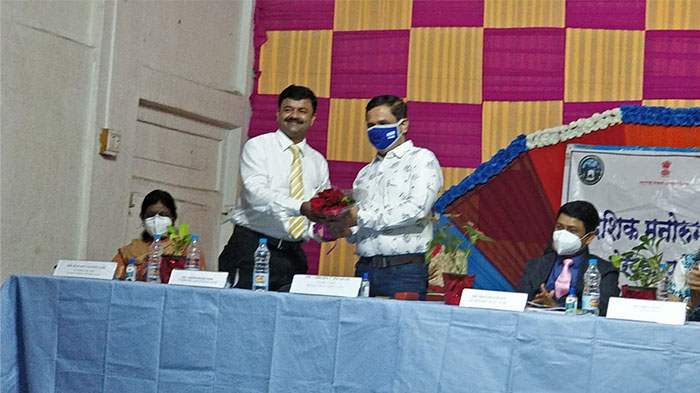 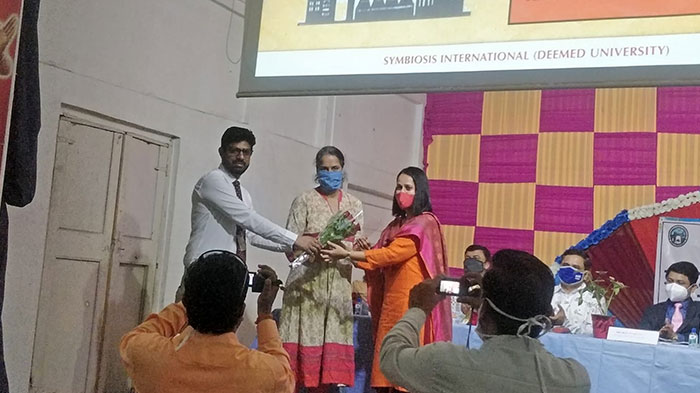 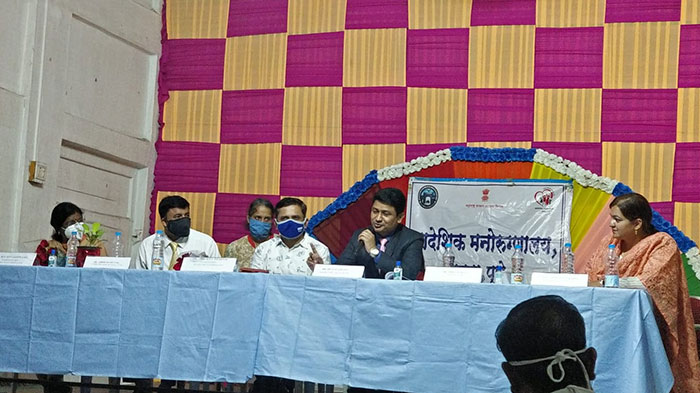 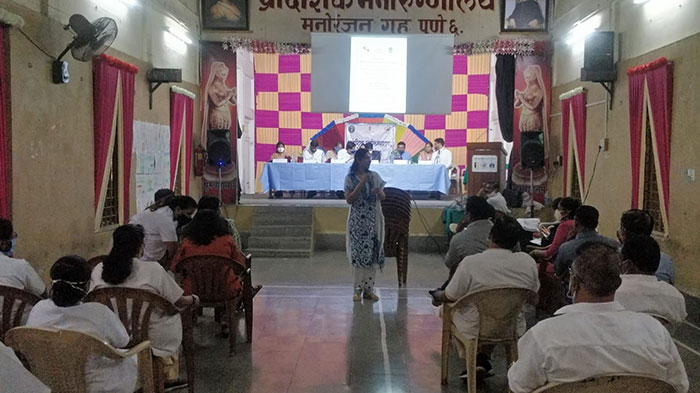 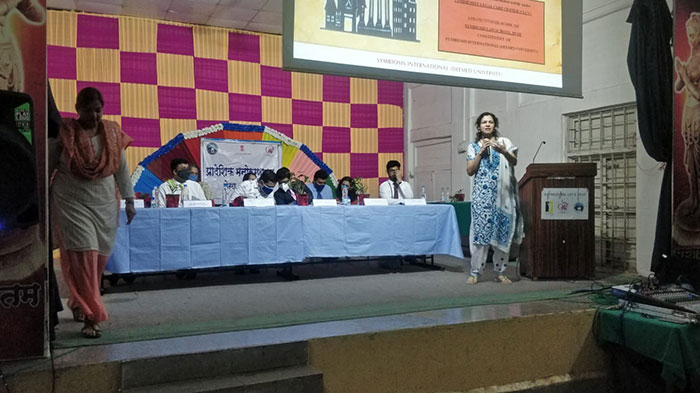 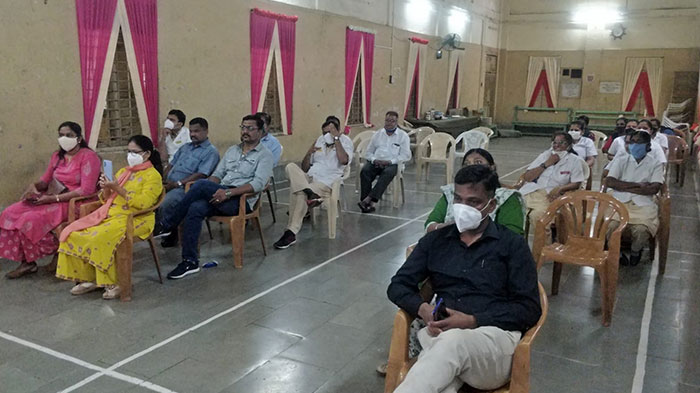 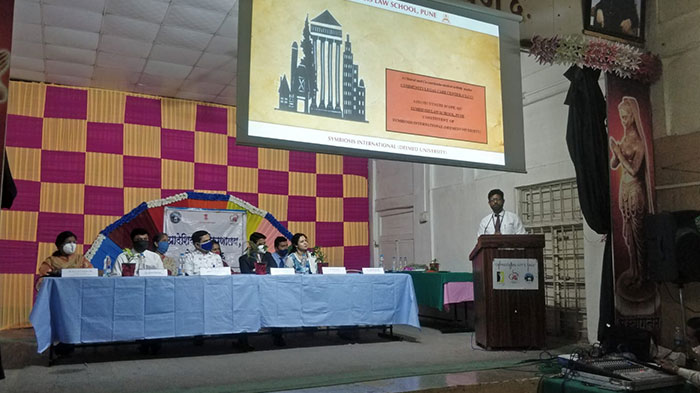 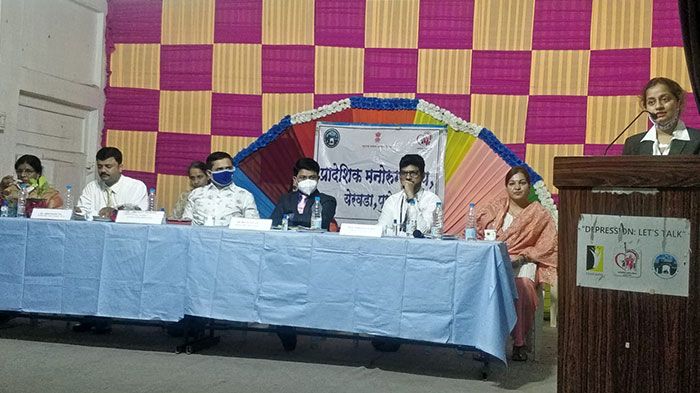 The Community Legal Care and Literacy Cell of Symbiosis Law School, Pune, a constituent of Symbiosis International (Deemed) University conducted a lecture on the topic of “Legal Rights to the Mentally Ill and Mentally Disabled People,” on 10th October 2021. The lecture was conducted in collaboration with the District Legal Services Authority, Pune under the ‘Azadi ka Amrut Mahotsav’ an initiative of NALSA. It was held at the Regional Mental Hospital Yerawada, Pune and was attended by the hospital staff which included the psychiatric doctors, nurses, and other staff of the hospital. The resource persons for the event included Mr. Pratap Sawant, Secretary, DLSA Pune, Dr. Girija Mahale, Head, Symbiosis Centre for Emotional Well-being, Dr. Yogita Gosavi, Psychiatrist at the Mental Hospital, Yerawada) along with Prof. Shirish Kulkarni, Prof. Ashish Deshpande from SLS Pune and Student Advisor Nikita Bokil (Advisor, CLCL Cell and 5th Year Student of SLS, Pune).

The program began with the Welcome Address delivered by Dr. Snehal Sastakar (Doctor at the Regional Mental Hospital). She introduced her colleagues present on the dais and welcomed the professors of Symbiosis Law School, Pune and felicitated them.

Following that, Prof Shirish Kulkarni was invited to deliver his speech. He spoke about the importance of providing legal aid by colleges, mentioning that it was Mr. Pratap Sawant’s vision to encourage colleges to collaborate with the DLSA in order to allow for access to justice for all. He emphasized that SLS Pune had contributed largely to this objective by conducting Lok Adalats, setting up Prison Programs as well as Legal Aid Clinics. He acknowledged that the aim of providing such aid by colleges should not just be to provide assistance in prisons, but also to encourage the spread of legal awareness in the rural areas as well as such parts of the society which requires proper legal aid like that in the mental hospital. He also spoke about setting up a legal aid clinic within the premises of the Mental Hospital, Yerewada, in order to assist the patients with their legal issues.

Subsequently, Dr. Girija Mahale addressed the audience on the issues faced by the mental hospital staff and administration in their daily routine. She conducted an interactive session with the audience and asked them questions about stress management and day to day problems that can pressurize individuals. She candidly mentioned that one’s mental health can be understood in terms of a triangle which represents thoughts, action and reaction. She then explained how this triangle proves to be very important while dealing with mental health issues. Lastly, Dr. Girija recommended ways in which stress and pressure can be dealt with by engaging in hobbies and taking time out for ourselves.

The event proceeded further with the Superintendent of the Mental Hospital, Dr. Abhijeet Phadnis raising the legal issues which are faced by the hospital on a regular basis. He elucidated that the main issues were concerned with the procedure to be followed through the court and the lacuna and loopholes in the laws that often pose problems in the functioning of the hospital.

The event was also addressed by Mr. Pratap Sawant, Secretary, DLSA Pune, who emphasized on the schemes and laws which have been created by the legislature to help the mentally ill patients legally. He briefed the procedure which can be followed to attain legal assistance in times of need and further elucidated on the role of the DLSA in assisting the hospitals with all the legal formalities.

Lastly, Ms. Nikita Bokil, a 5th year student of SLS Pune was invited to present her views. She illustrated how every 7/10 students face mental health issues but fear to express it due to the taboo associated with it. She also explained in detail, the NALSA Scheme on the mentally ill and disabled persons and the benefits which are provided to such people along with the hospitals while functioning and treating the patients.

The program concluded successfully with Adv. Sangramjeet Chavan presenting the Vote of Thanks.