The legal luminaries participated from states such as Goa, Maharashtra, Madhya Pradesh, Rajasthan and Gujarat. The consultation received participation from NGOs - Dhoop, Saheli, Maher, Childline, and Sevavardhini, Maharashtra National law University Aurangabad, NLSIU Bhopal, National Forensic University, National Commission for Women and Directors of three sister law schools of SIU at Noida, Hyderabad and Nagpur. About twenty-four polls created to identify the inclination of audience on the status of women in criminal law. Dr. Bhama represented the top management from Symbiosis International University. More than 800 students, lawyers and members of civil society participated through online polling. There was live broadcasting of event on YouTube.

The chief guest for the program, Justice Ambadas Joshi suggested preventive approach to overcome the violence against women. He pointed out mobilisation of a social security fund to ensure the financial security to the distressed women.

Guest of Honor Prof. Dr. K.V.S Sarma discussed various issues faced by the Justice System such as lack of funding and pending cases in the subordinate courts.

After the inaugural session, the first plenary session began with the Review of Criminal Law- Improvement in Status of Women: Cyber Crime and IPC (Sexual Offenses). Dr. Shashikala Gurpur moderated the session.

The first panelist, Prof. Dr. Sarma suggested reforms in the sexual offences under the Indian Penal Code. Dr. Rashmi Oza addressed sexual offences from human rights perspective. She called for the adoption of gender neutrality in the rape law with amendments in Section 375 of the IPC, 1860. Furthermore, Dr. K.I. Vibhute addressed the status of marital rape with reference to criminal law in India. Adv. Puneet Bhasin pointed the rise in cybercrimes during the pandemic and cited offenses like revenge porn, cyber stalking and 'sextortion' need urgent attention. Dr. Atmaram Shelke highlighted the significance of victim impact statement and its immediate application to the sexual offences. Drawing the ground realities, Ms. Anuradha Sahasrabudhe reflected on the psychological trauma witnessed by the sexual victims.

Adv. S. K. Jain discussed Section 108(3) of the Cr.P.C. examining the intersection of armed conflict and sexual offences. Adv. Uday Warunjikar speaking on the compatibility of S. 114 A of the Indian Evidence Act said that a standard degree of consent was not absolutely necessary.

Dr. Rajeshri Varhadi discussed the flaws in the legal definition of dowry death as the current law does not act as a deterrent. Ms. Poornima Gaikwad traced the origin of S. 498A and its conciliatory mechanisms. Prof. Tapan R. Mohanty emphasised the symbiotic relationship between law and society, as well as changes in institutional mechanisms.

Finally, Prof. Yogesh Dharangutti SLSP made pertinent suggestions regarding the modification of grounds for S. 125(4) and S. 125(5), followed by Justice Ambadas Joshi references some key points in the Law Commission's 243rd report.

After the Plenary sessions, the panelists responded to the queries. A series of virtual polls were conducted over the duration of the Plenary to record opinions of the audience on the points raised. Dr. Shashikala Gurpur then delivered the concluding remarks. A vote of thanks was delivered by Dr. Aparajita Mohanty, Deputy Director at SLS Pune. The event concluded with the National Anthem.

A detailed report on recommendations will be submitted to the National Women Commission, Delhi by SLS, Pune 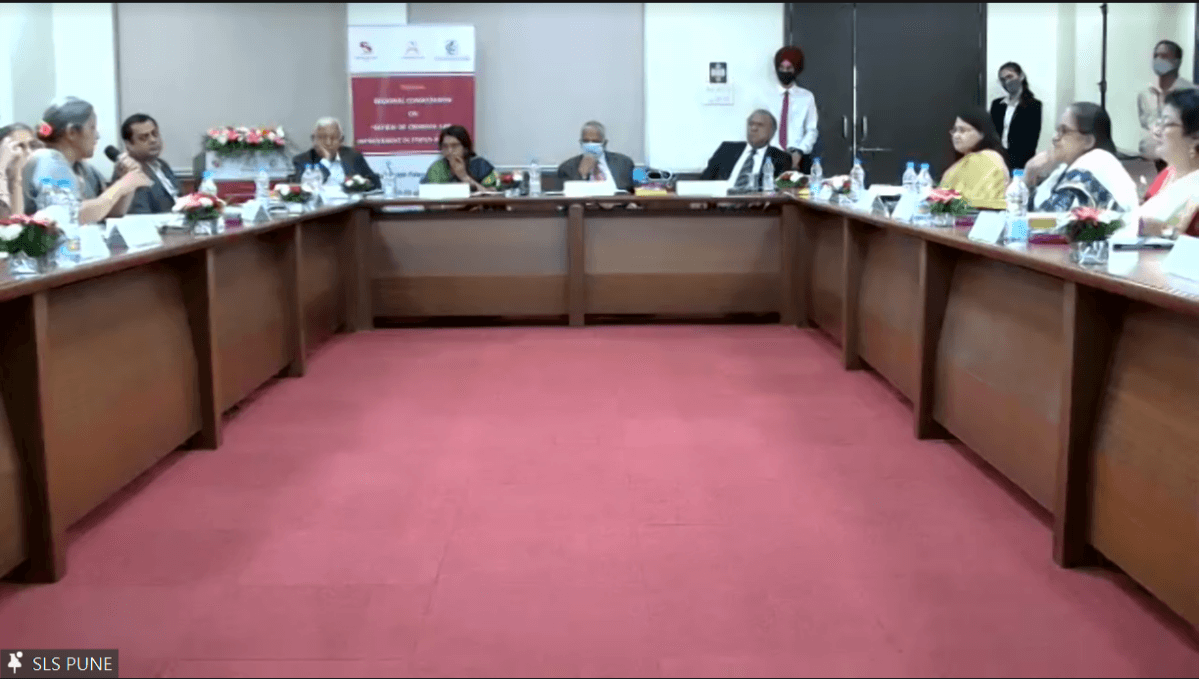 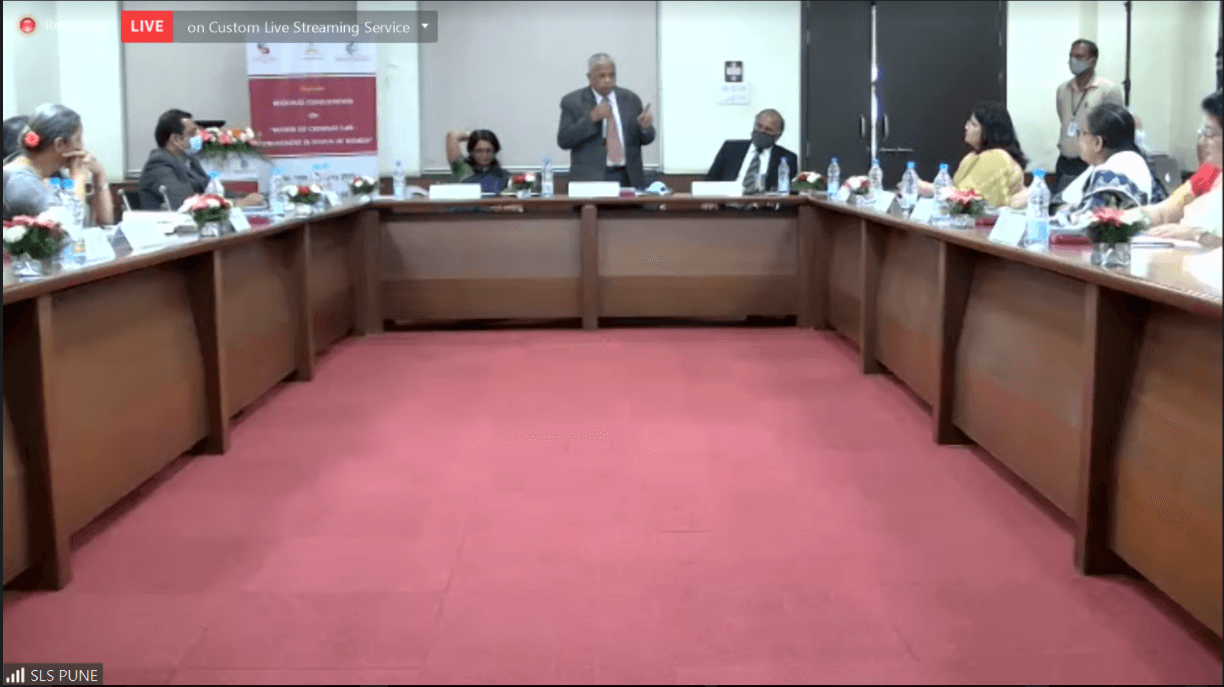 Address by the Chief Guest 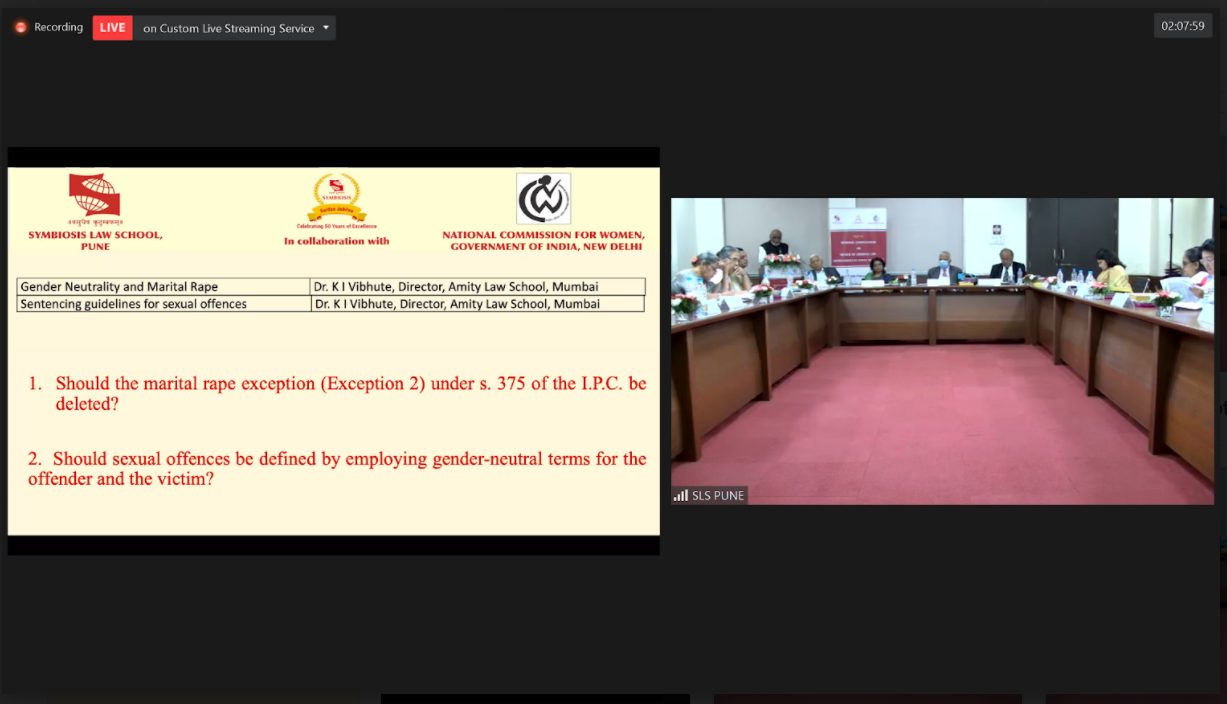