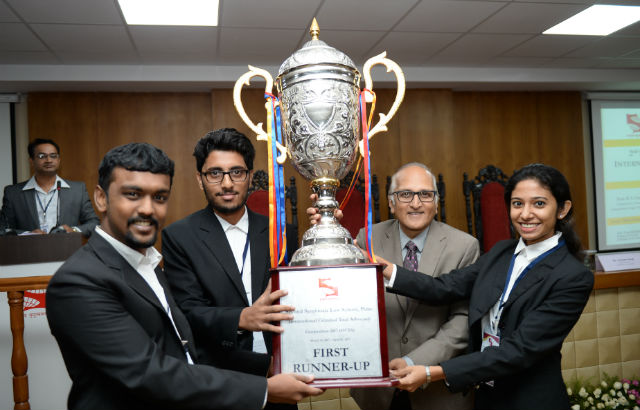 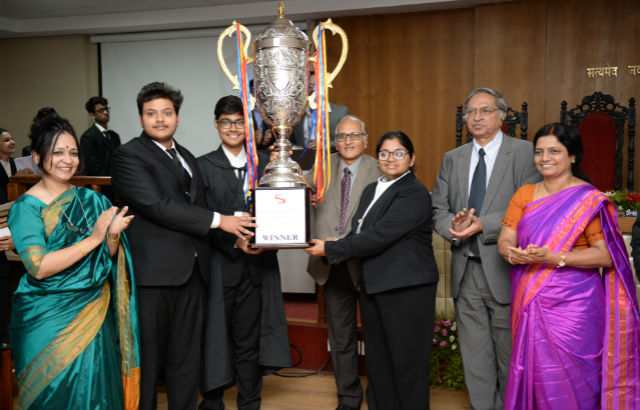 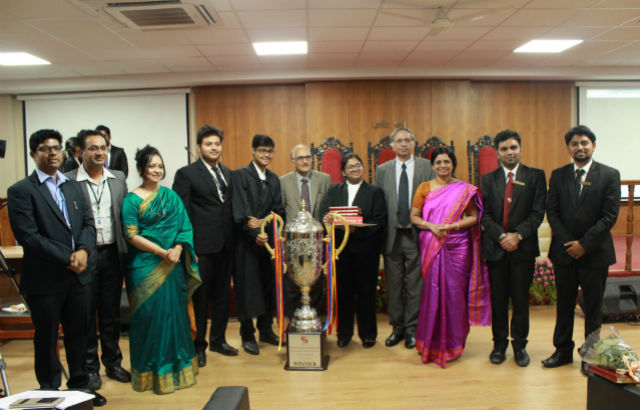 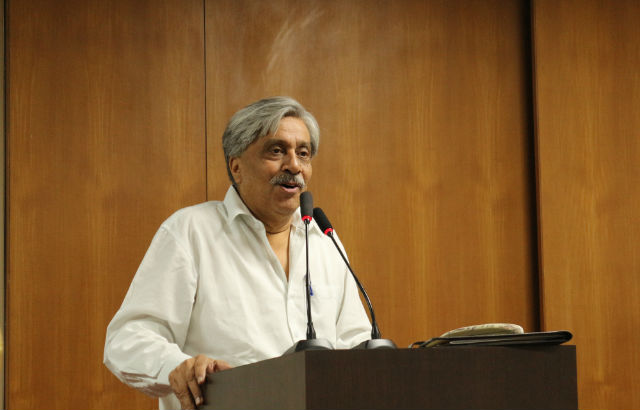 The three finalist teams battling for the trophy had the honour of being adjudged by the Hon’ble Chief guest and Guests of Honour.

Dr. Shashikala Gurpur, Fulbright Scholar, Director, SLS, Pune, Dean, Faculty of Law, SIU, began her address by apprising the house of her successful completion of 10 years today as the Director of SLS, Pune. She highlighted the importance of youth in every organization and stated that the roaring success of this edition of SICTA served a reminder to start initiating preparations for the next one on an immediate basis. She concluded by inviting feedback to raise the quality of the competition even more.

Prof. B.S. Chimni commended the leadership of Dr. Gurpur and expressed his hopes for the bright future of the college. He said, “Expand your canvas and always read around the theme that your engaging with, because these are the occasions to actually learn about the subject. It’s not about winning or losing but about enlarging your knowledge about a particular subject.”

Mr. Narinder Singh then delivered a perceptive speech in which he elucidated upon the developments in the sphere of international law after the establishment of the UN. He stated how International Law had progressed from a law governing relations between countries, to focusing upon individuals as well. He commended SLS, Pune for focusing on this relevant issue and congratulated the participants for their stellar performance.

Hon’ble Justice S. Ravindra Bhat enumerated upon skills required by trial advocates by drawing an illuminating analogy with the game of cricket: as both cricketers and advocates are required to deal with the unpredictable to become a true champion. Highlighting the trials of Gandhi and Ghose, he labelled trials as a very powerful public medium, of which the advocate is the Director. Justice Bhat emphasized the importance of procedural law and recommended the participants to be well versed with the same. Giving examples of the OECD rules and the GATT rules, he proceeded to discuss changes in the field of international law and its fast expanding permeating nature.

The grand finale came to an end with the vote of thanks by Dr. Bindu Ronald.