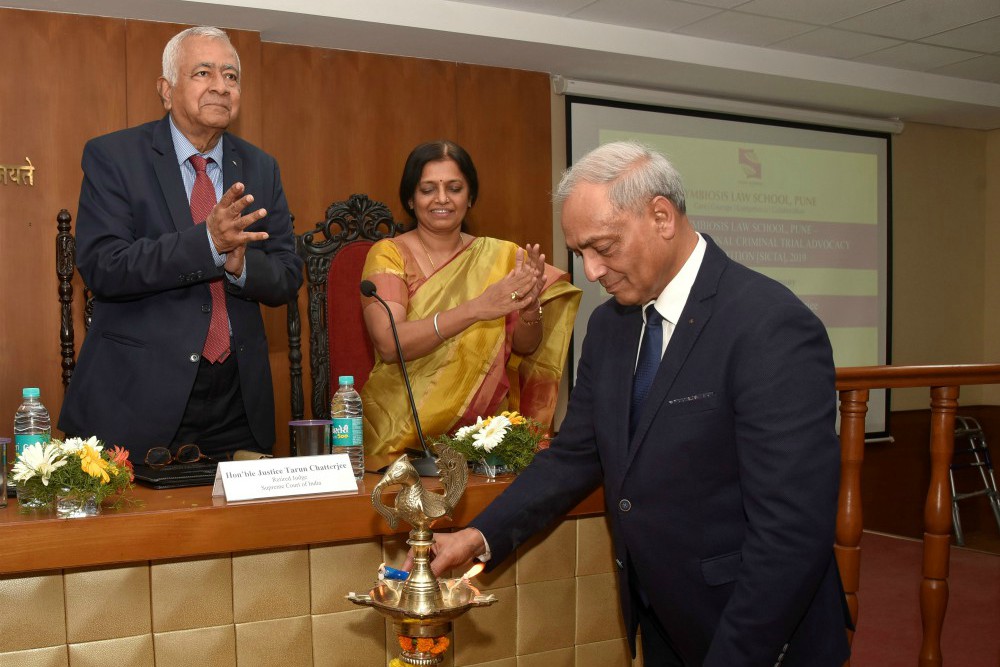 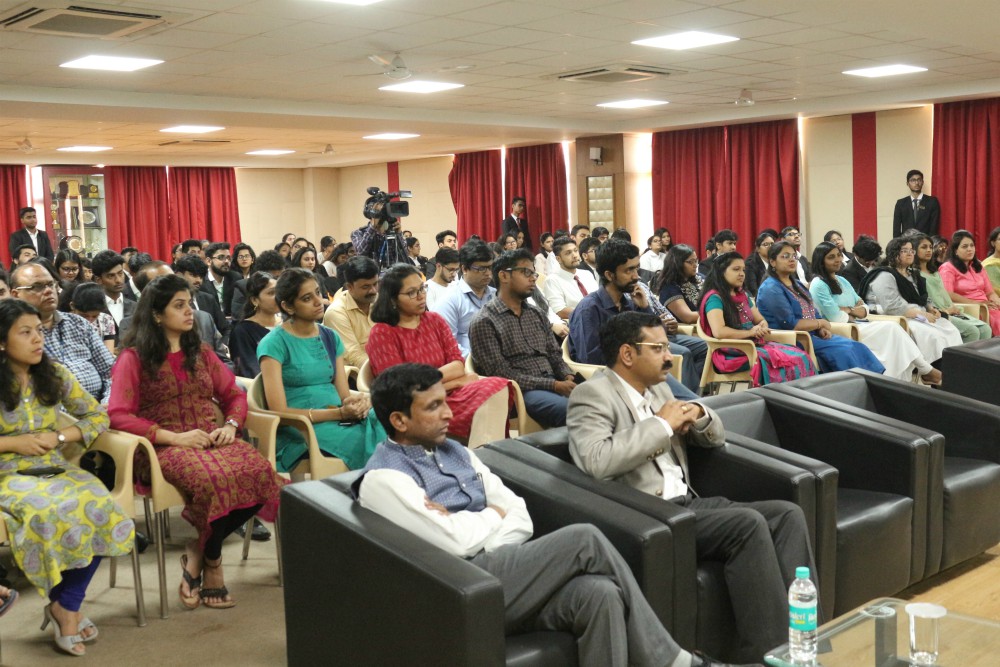 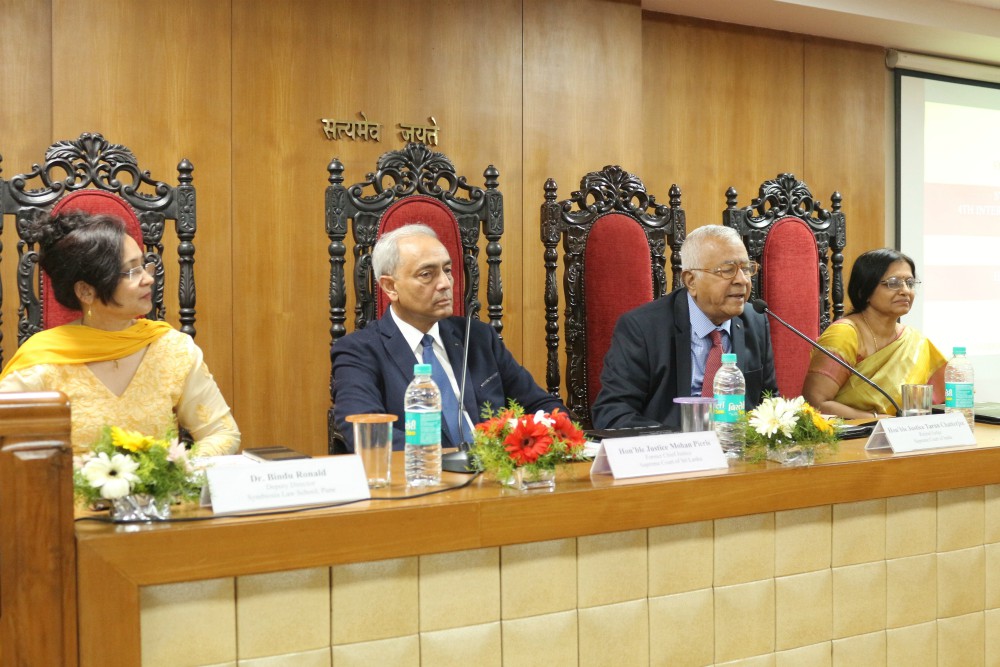 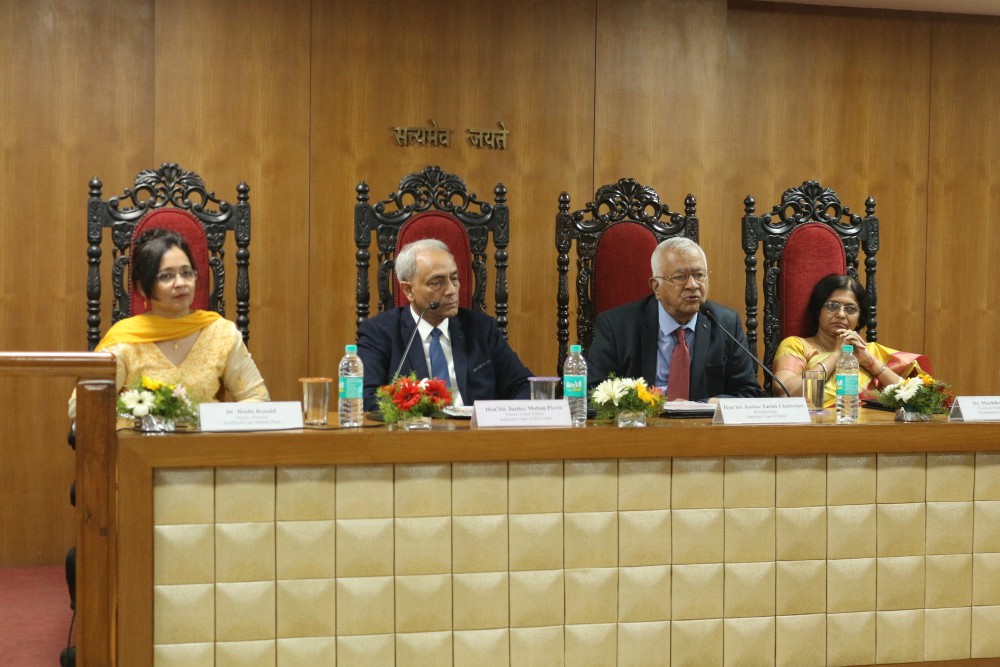 The ceremony was set in motion with the lighting of the lamp. Dr. Shashikala Gurpur, Director, SLS Pune; Dean, Faculty of Law, SIU, delivered the Welcome Address.

Dr. Gurpur began her address by emphasizing the significance of this competition and how it has set many milestones for other law schools in the country to follow. She spoke about how previously, there were not many academic simulations of the International Criminal Court in India until SICTA. Dr. Gurpur applauded the Student Bar Association for leading the initiative and thanked Adv. Sampath Bulusu for guiding the event. She also remarked on the high standards of the compromis of this year’s competition and mentioned the presence of international teams and judges. Dr. Gurpur highlighted SICTA’s novel approach of participation of colleges by nomination on the basis of their Moot Premier League rankings. Dr. Gurpur concluded by saying, “SICTA represents the college DNA of internationalization and the endeavor of sharing of knowledge across borders”.

The Welcome Address was followed by the felicitation of the dignitaries by Dr. Gurpur. The Guest of Honour, Justice Mohan Pieris, former Chief Justice and Attorney General of Sri Lanka commenced his speech by stating how language proficiency becomes a key distinguishing factor between a lawyer and a good lawyer. He quoted Lord Denning and said, “To succeed in the field of law, you must seek to cultivate your vocabulary, words are the vehicle of thought, ways of this trade”. Justice Pieris spoke about how SICTA acts as the perfect platform to build these skills. He concluded by exhorting the students to embark with passion on this journey so that they can be of good service to humanity.

The last speaker of the event was the Chief Guest, Justice Tarun Chatterjee, Retired Judge, Supreme Court of India. He began by underlining the importance of a good reading habit as an integral aspect of learning the law. He urged all the participants to start arguing only after knowing the facts of the case thoroughly. Justice Chatterjee elucidated that High Court is where one hears both facts and law, whereas the Supreme Court only hears on law. He therefore, highlighted the need to adapt as lawyers on the basis of a different forum. Justice Chatterjee concluded by encouraging students saying that, “The motto of a good lawyer should not be to become a salaried employee in a corporate body because you will only be a glorified clerk, but should be to enter legal practice and change the face of this nation”.

The inaugural ceremony ended with a vote of thanks delivered by Dr. Bindu Ronald, Deputy Director, Symbiosis Law School, Pune.