Symbiosis Law School, Pune, in association with Centre for Law and Policy Research, Bangalore successfully organised the Finals of the Western Regional Round of ConQuest 2018, a national level quiz competition on the Indian Constitution, politics 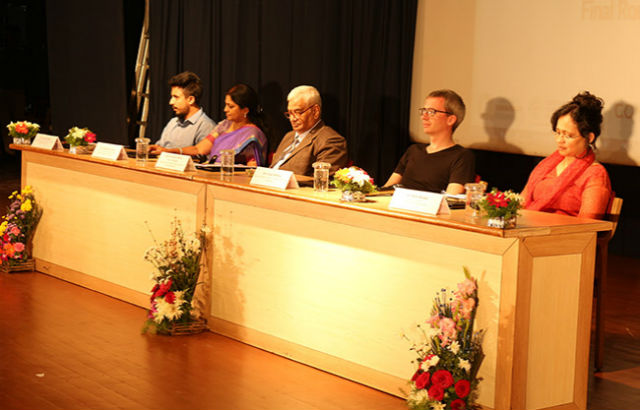 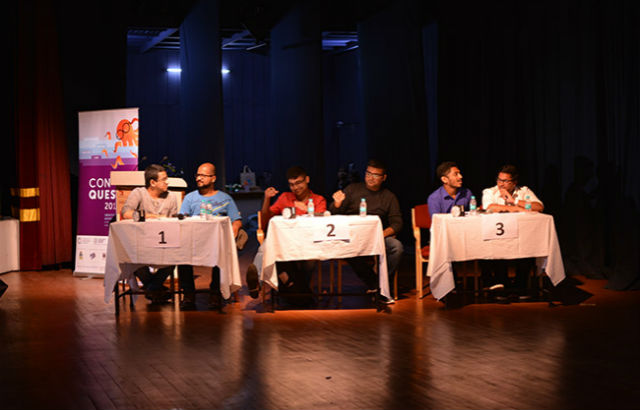 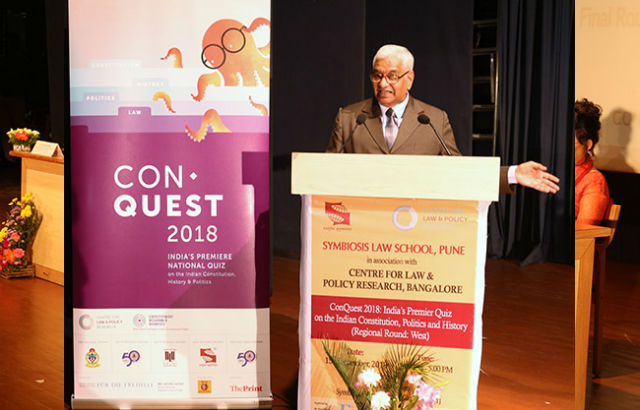 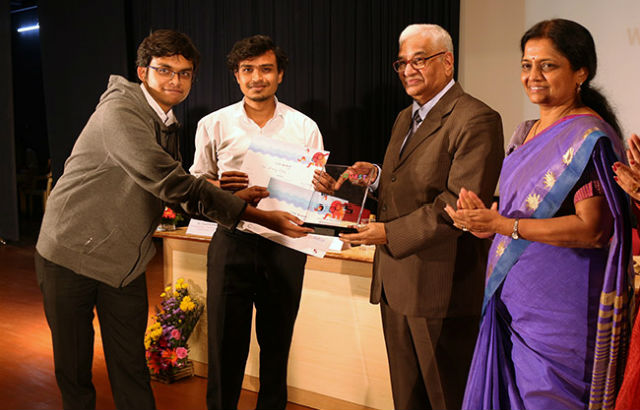 Symbiosis Law School, Pune (SLS-P), a constituent of Symbiosis International (Deemed University), in association with Centre for Law and Policy Research, Bangalore successfully organised the Final Rounds for “ConQuest”, the Western Regional Round of the National Quiz Competition on Indian Constitution, History and Politics on 15th September, 2018 in the SVC Auditorium, Symbiosis Campus (Old), Viman Nagar, for the third consecutive year.

Sixty teams participated in the preliminary rounds out of which six teams qualified for the Final Rounds of the quiz. Mr. Raghav Chakravarty, Co-founder, Walnut Knowledge Solutions, Bangalore, was the Quizmaster for the Final Rounds. The qualifying teams, namely, Indian Law Society’s Law College Pune, Gujarat National Law University Gujarat, Army Institute of Technology Pune, VN Salgaonkar College of Law Panjim and two home teams from SLS, Pune fought neck to neck in five rounds to crack the answers to questions ranging from law, politics, history as well as constitution in order to represent the region in the National Rounds of the competition.

Dr. Shashikala Gurpur in her welcome address highlighted the importance of constitutional knowledge. She elaborated upon how the quiz helped fill the gaps in our knowledge and also stressed upon the co-operation and partnership with CLPR and Walnut Knowledge Solutions which further played a major role in facilitating learning. She emphasized the role played by the quiz in inculcating values of life like sportsmanship along with learning. Dr. Gurpur concluded her address with the following words, “The overarching theme of the day is to spread the knowledge to gain awareness and to go back from this occasion as enriched individuals”.

Addressing the audience, the Guest of Honour Mr. Frank Hoffman, Regional Manager, South Asia, Frederich Naumann Foundation spoke about how the knowledge of constitution helps uphold the principles of democracy as well as the role played by knowledge in mending the new-found fractures in constitutional understanding.

The Chief Guest for the event, Hon’ble Justice Mr. R.C. Chavan, Retired Judge, Bombay High Court laid emphasis on the need to understand one’s duties along with the rights enshrined in the Constitution. He also threw light upon the relevance of certain principles like the right to dissent and the philosophy of Mahatma Gandhi, and congratulated the winning team along with the participating teams.

Mr. Vineeth Krishna, Lead Associate Editor-Constitutional and Civic Citizenship Report, CLPR gave the concluding remarks where he spoke about the importance of events like ConQuest. He also congratulated and thanked the team from CLPR comprising of Ms. Krutika, Mr. Harsha Manjunath and Mr. Raghav Chakravarty.

The programme concluded with the vote of thanks, delivered by Dr. Bindu Ronald, Deputy Director, SLS-P.